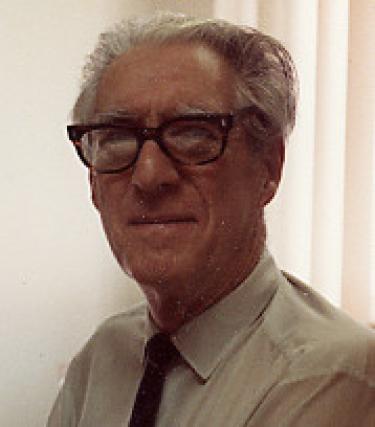 Professor Richtmyer studied physics at the University of Goettingen in Germany and at Cornell University and the Massachusetts Institute of Technology.

He taught physics at Stanford University before working with the Department of the Navy in Washington, D.C. during World War II and then as a researcher at the Los Alamos Laboratories on the Manhattan Project. He resumed teaching in 1953 in the Courant Institute at New York University.

In 1964 he came to CU Boulder where he taught in both the Physics and Mathematics Departments, eventually moving fulltime to mathematics.

For six years after retiring, he mentored gifted and exceptional students through the Talented and Gifted program for which he created several curricula. In 1987 he received the Governor's School Award for that work.

Professor Richtmyer was the author of textbooks including "Principles of Advanced Mathematical Physics." He was instrumental in creating the Mathematical Physics Ph.D. Program. One of his best known books was on numerical methods for solving partial differential equations, written at the Los Alamos Labs. A lesser known publication is a group of essays (spring 1997) including: 1. The Present and Future of Mankind; 2. The Brain and Thinking; 3. Mathematics; 4. Man and Woman; 5. Music; and 6. Things Out There. Professor Richtmyer played the violin with the Boulder Philharmonic Orchestra.