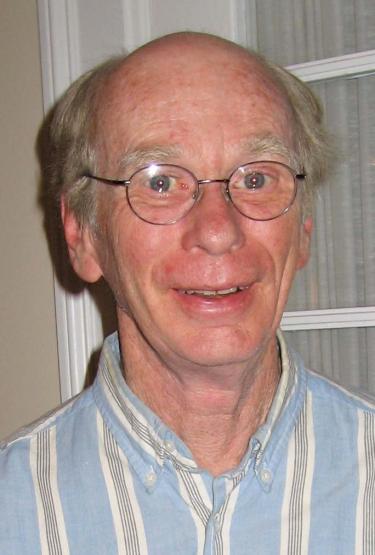 Richard Laver, celebrated set theorist and friend, died in Boulder, Colorado at the age of 69. Rich joined the faculty of the CU Department of Mathematics in 1974 and became Professor Emeritus in 2008. Born in Los Angeles, California, on October 20, 1942, Rich began playing chess in childhood, exchanging moves on postcards with correspondents all over the world. Marathon chess tournaments helped him develop the exceptional concentration he applied to mathematics and rock climbing. While climbing he reportedly demonstrated complete and characteristic calm in all climbing circumstances; while doing mathematics in Boulder coffee shops, he was able to focus so completely that he sometimes didn’t see friends until they spoke to him. Rich earned a bachelor’s degree from UCLA in 1964, and wrote his Ph.D. thesis Well-quasi-orderings and Order Types at Berkeley in 1969 under the direction of Ralph McKenzie, making him the academic brother of Keith Kearnes and the academic grandson of Don Monk, both of the CU Mathematics Department. His thesis resolved the long-standing Fraïsse conjecture and was published in the Annals of Mathematics.

Rich was a life-long athlete, hiking and walking even until the end of his life. A pole-vaulter in high school, Rich came to rock climbing as a consequence of his deep generosity and insight into others: a friend at Berkeley was suffering from love-sickness, and Rich told this friend about some rock climbing classes and invited him to join, knowing that rock climbing demands complete attention. When the course was over, Rich asked his friend: “Feel better?”--- the first acknowledgement that Rich had his friend’s recovery in mind from the start. He did feel better of course, and so began two climbing careers. Rich took many mathematicians rock climbing, including Paul Erdös, and had hiking partners from mathematics, bridge, and all over Boulder. A dedicated UCLA Bruins basketball fan, Rich played Friday afternoon basketball with faculty members and graduate students for many years, fearlessly driving to the basket and accurate from long range, too. Even after he stopped playing due to his illness, his basketball sat in the entryway of his home.

There are few people as gifted in the art of sharing the joy of thought, mathematical and otherwise, as Rich Laver. Not only was he generous with his students, but he cultivated an extensive and diverse group of loyal friends who visited his ‘salon’ (aka living room) whenever they pleased, and especially when they had puzzles to work or interesting topics to discuss. More than one person has made the observation that when they were around him, they ‘just felt good’. Rich’s impeccable mathematical taste and the depth of his results are among the traits for which he is known in the set theory community. Among his most brilliant results are (in chronological order) the resolution of the Fraïsse conjecture; the consistency of the Borel conjecture, for which he developed countable support iterated forcing; the consistency (relative to a supercompact cardinal) of the existence of supercompact cardinals kappa indestructible under (< kappa)-directed closed forcing; the consistency of the continuum hypothesis with the statement that there are no aleph_2 Suslin trees (joint with Shelah); the infinite version of the Halpern-Läuchli theorem; and the discovery of the relationship between the braid groups and certain elementary embeddings. In spite of his profound and influential contributions to set theory, he taught set theory without using any of the phrases: Laver reals, Laver forcing, Laver trees, Laver tables, Laver functions, Laver indestructibility, or Laver measurability, phrases that abound in the literature and in talks on set theory. His modesty was absolute.