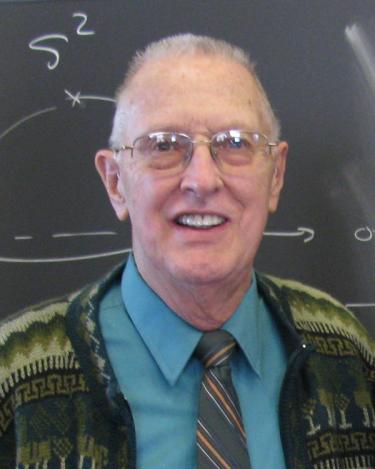 Emeritus Professor John H. (Jack) Hodges, a member of the Mathematics Department faculty from 1960 until his retirement in 1995, died at home in Boulder, CO, on Sept. 2, 2014 of congestive heart failure. He was 85. Jack was a kind man who lived fully each day and died as he had lived, on his own terms.

Jack had a passion for teaching and learning. His success as a teacher was marked in 1968 with the student-initiated Teaching Recognition Award, and a Teaching Excellence Award from the Boulder Faculty Assembly in 1990. In 1993, he received the Burton W. Jones Distinguished Teaching Award, a regional teaching award given annually by the Rocky Mountain Section of the Mathematical Association of America. After focusing most of his career on undergraduate affairs, he decided in 2011 to establish the John H. "Jack" Hodges Scholarship for Undergraduate Mathematics, which currently awards $1000 annually to a deserving student. Jack loved to share his love for mathematics, and he even created a course to help people get over their fear of the subject. "The Spirit and Uses of Mathematics" particularly helps elementary school teachers appreciate the beauty and logic of math.

Jack was also interested in the math-religion-theology connection, which was reflected in his reading and discussions at the Wesley Foundation Chapel on campus and various study groups at the First United Methodist Church. He served as chair of the Wesley Board for many years, interacting with students and modeling for them the possibility of an integrated life of the mind and faith. For over 50 years he was active in his church as teacher, choir member and social justice activist. He lived a life of integrity, which meant that he gave generously of his time and resources to many human service agencies and political causes, locally and beyond. He walked his talk for LGBT equality by his active involvement with his wife Jean in PFLAG, a national family organization that offers support, education, and advocacy for gay, lesbian, bisexual, and transgender persons and their families. He represented First United Methodist Church on the Interfaith AIDS Coalition since its inception years ago. When they weren't involved in social activism, Jean and he traveled extensively to see the world to experience different cultures.