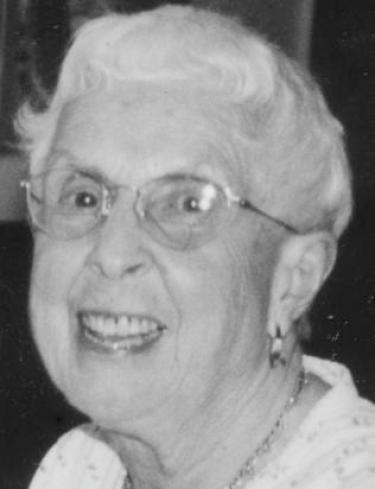 Jean Gillett Ferris (B.A. Math. 1941) passed away peacefully in her sleep during the afternoon of March 30th at her daughter Peggy's home in Bloomsdale, Missouri, surrounded by family members. She is survived by her younger sister Shirley Back of Gridley, CA, and her younger brother Philip Gillett (professor of mathematics at the University of Wisconsin, Marathon Center in Wausau for 44 years) of Estes Park, CO. In the final years of her life, Jean lived with her daughter Anne in Littleton, CO, and then with her daughter Peggy in Missouri when her doctor suggested that living at a lower elevation would help her deteriorating health.

Jean Ferris joined the Mathematics Department as an instructor in 1965; in 1972 she became a Senior Instructor and also an Assistant Dean in the College of Arts and Sciences, working closely with Dean William E. Briggs. In the 1980s she resumed her teaching duties in mathematics where she remained until her retirement.

After Jean retired, she and her sister Shirley became interested in water color painting, and trained with a group of painters in the Gridley, CA area for several years. Jean and Shirley launched a small greeting card company that featured their artwork; their cards sold in California for a time.