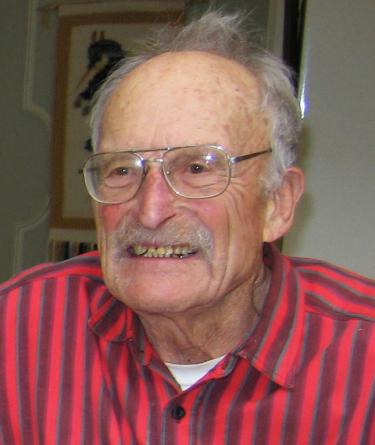 Irving Weiss died in Boulder at the age of 92 on May 4, 2011. He was born in New York City on April 10, 1919 and grew up in Chatham, NJ in "the Colony", an enclave of Eastern European Jewish
immigrants. Professor Weiss was a member of the CU Boulder Mathematics Department faculty from 1962 through 1989. He was an excellent scholar and teacher, specializing in mathematical statistics.

He attended Columbia University before transferring to the University of Michigan, where he graduated with a Bachelor's degree in electrical engineering. During WWII, he served as a  commissioned officer radar specialist on Okinawa. After obtaining a Master's degree in career counseling, Weiss earned a Ph.D. in applied mathematics from Stanford University.

Prior to joining the CU Boulder faculty, he worked at the Miter Corporation, Bell Labs and Lehigh University.

During sabbaticals Professor Weiss taught at universities in England and Kenya. Weiss’ travels included tours and bike trips in Canada, New Zealand, Tahiti, Scandinavia, Italy, France and Turkey. He loved opera and ballet and was a participant in folk dancing. He was a charter member of the Boulder Road Runners and active in the Colorado Mountain Club, the Nordic Club, Boulder Aquatic Masters, and various bicycle groups. He climbed 22 of the state’s "fourteeners" and was a frequent hiker, backpacker, skier and bicyclist. He competed in the Bolder Boulder, Boulder Peak Triathlon, Nether Nederland, Peak to Peak, Governor’s Cup, Turquoise Lake 20k Road and Trail Run and many other races. Running a six-minute mile at age 63 gave him great pride. At age 88
he was still participating in the annual Courage Classic fundraiser for Children’s Hospital—a three-day, 155-mile bike ride that begins in Leadville and goes over two mountain passes. At age 91 he competed in the 2010 Bolder Boulder and planned to do so again in 2011 to become the only 92-year old to ever do so.

Professor Weiss was admired by his CU colleagues and students for his scholarship, his dedication to good teaching, his gentle friendly nature and good sense of humor. Memorial contributions may be made through the University of Colorado Foundation or the Rich Castro Track and Field Endowment Fund in memory of Irving Weiss.