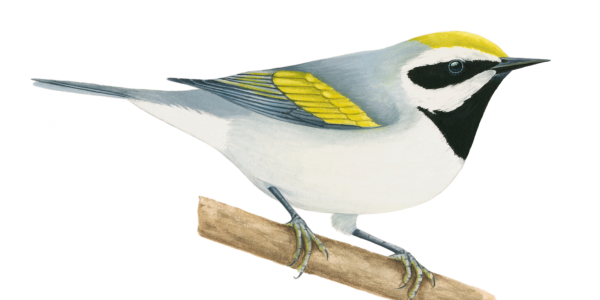 Golden-winged warblers are much-loved Neotropical migrants that breed in scrubby secondary growth habitats in eastern North America, from the higher elevations in the Appalachians to Manitoba. Their buzzy songs and striking plumage make them one of the more sought after North American wood warblers by birders. Unfortunately, populations of the golden-winged warbler have experienced significant declines in recent decades, likely due to habitat loss on their wintering grounds in Central and South America. 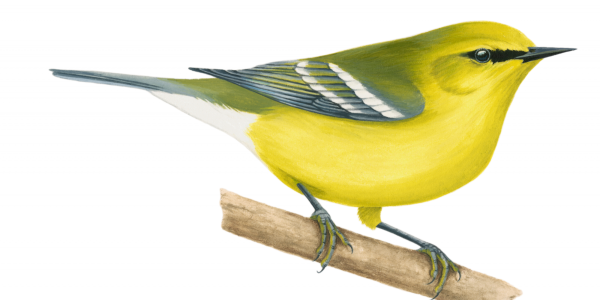 Blue-winged warblers are also Neotropical migrants that breed in similar habitats to golden-winged warblers, scrubby secondary growth. Their similar ecology and behavior led John James Audubon to wonder if blue-wined and golden winged warblers were the same species, even though they have such different plumage. Our recent research has made the question posed by Audubon particularly interesting. 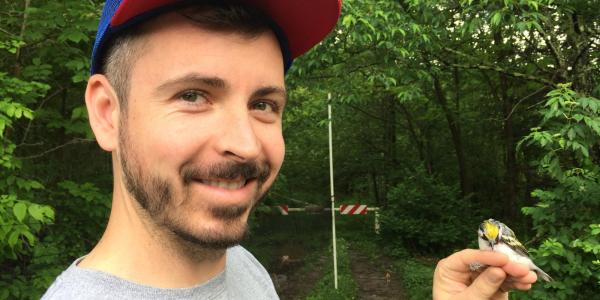 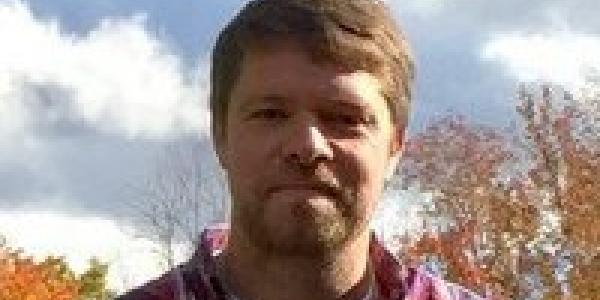 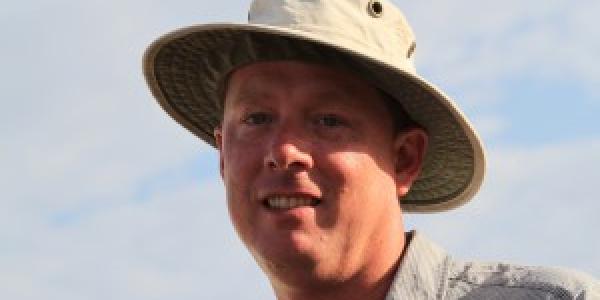 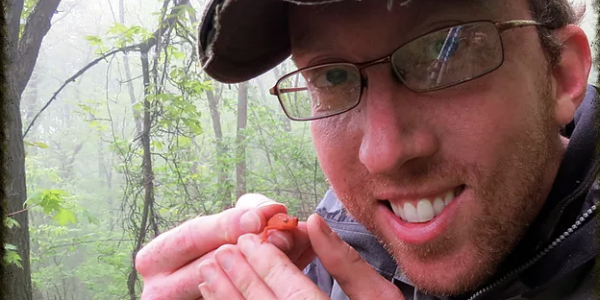 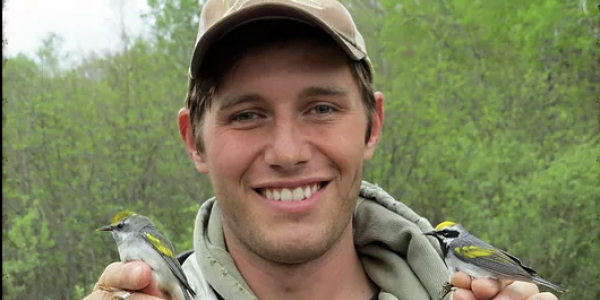 Our collaborative work on warblers is primarily led by Dr. David Toews and his group at Pennsylvania State University as a part of their research on the diversification in the New World wood warblers. This group of birds – beloved by scientists and birders alike – has been a generous source of insights into hard-to-answer questions and cutting-edge studies for centuries. Hybridization is commonly observed between a number of warbler species and, while this does not make it easier to identify different species in the field, it opens up many opportunities to study the nature of population boundaries and search for genes that underly them.

Golden-winged and blue-winged warblers are closely related birds and they hybridize extensively where their breeding ranges overlap. By sequencing whole genomes from multiple individuals our research has shown that they have a long evolutionary history of hybridization. This long history of hybridization is like a crossing experiment performed in the lab (think Mendel’s peas), but happening in nature! We have taken advantage of this natural admixture experiment to identify genes that underlie plumage differences as well as differences in migration within the Vermivora genus and we continue to collaborate on this work with multiple labs.

F1000PrimePlumage genes and little else distinguish the genomes of hybridizing warblers.

The Wildlife Society Blue-winged, golden-winged warblers not all that different​

The Wildlife Society Blue-winged, golden-winged warblers not all that different​