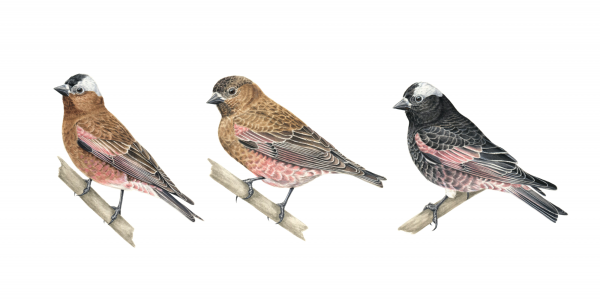 Rosy-finches (Leucosticte spp.) are extreme-habitat specialists, inhabiting both high elevation mountaintops, and high latitude island tundra. When on their breeding grounds, sometimes upwards of 13,000 feet, these birds can be found frequenting snow patches, where they feed on seeds and insects blown in by the wind. Because of their affinity for high elevations and high latitude islands, rosy-finches have a patchy distribution across Asia and western North America, and exhibit substantial geographic variation in both size and plumage color. 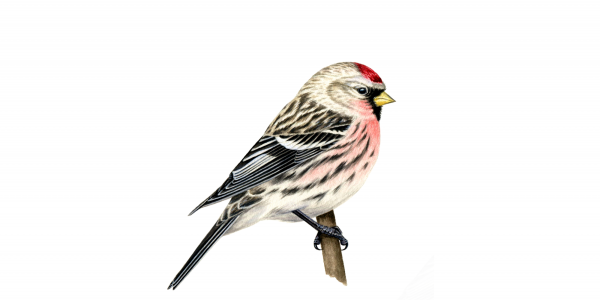 Distributed across the holarctic, redpolls (Acanthis spp.) are a widespread group of songbirds. Though typically only found in the furthest reaches of the high northern latitudes, redpolls' irruptive population cycles bring them south during some winters as they search for seeds. Redpolls vary nearly continuously in body coloration, from brown-ish white to extremely pale white, and in the extent and brightness of red coloration. This variation in appearance, combined with low levels of genetic divergence, has resulted in a complicated and debated history of classifications, ranging from one to six species. 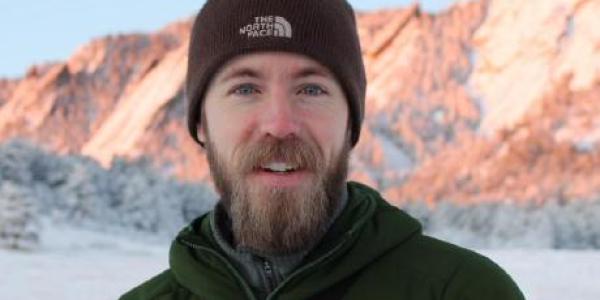 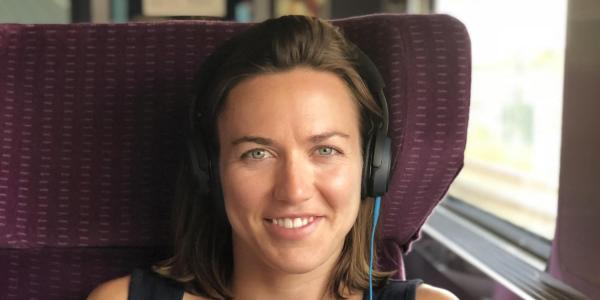 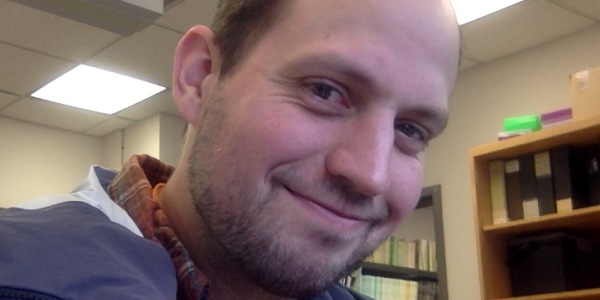 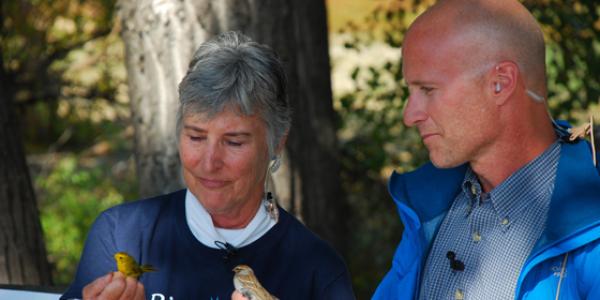 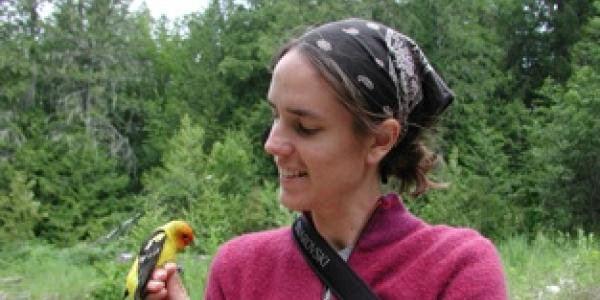 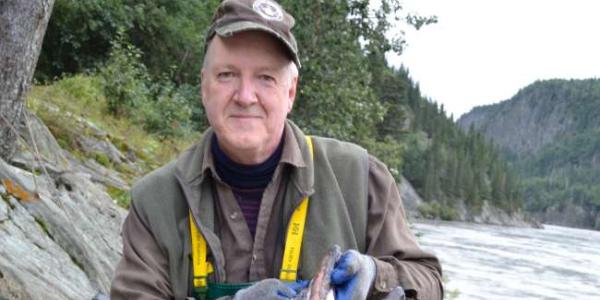 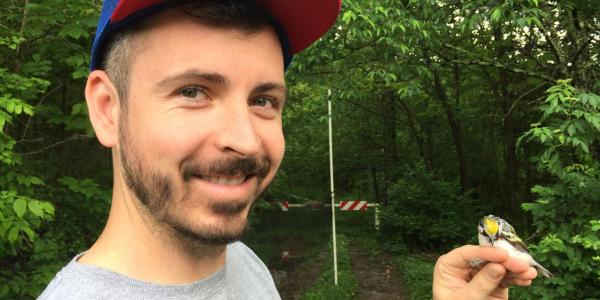 Both rosy-finches and redpoll finches are groups of birds with uncertain species boundaries. They also both exhibit color differences across their distribution, despite demonstrating only low levels of genetic variation. Our work utilizes the high resolution of whole genome sequence data to better understand genomic variation across these two species complexes. On-going projects include: