The Taylor Lab recently carved pumpkins (Mia's are featured in the story thumbnail and one of Georgy's is feature here) while learning about the domestication history of pumpkins from Peter (see below!). Happy Halloween everyone! 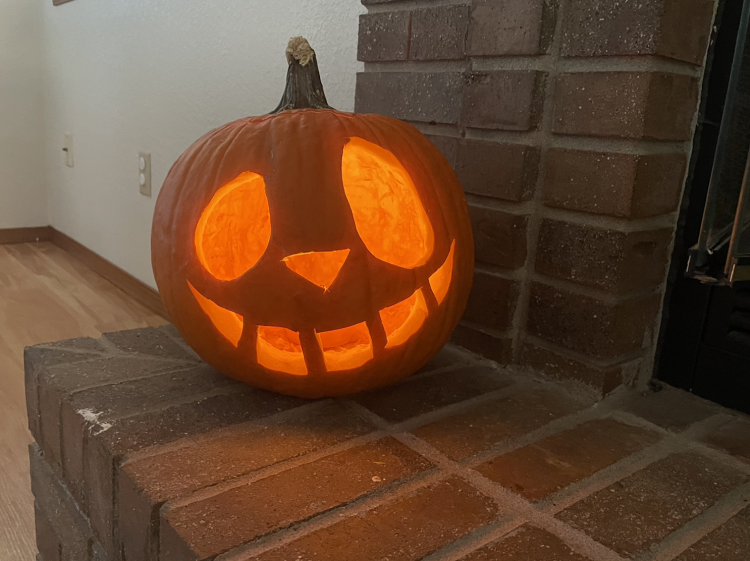 Cucurbita pepo is the most widely cultivated and polymorphic of the squash species. Pumpkins, zucchini, cocozelle, and vegetable marrow are all varieties of C. pepo subsp. pepo, while crookneck, straightneck, acorn, and scallop squash comprise a second clade, C. pepo subsp. ovifera. The two subspecies were domesticated independently, starting around 10,000 years ago: pepo in the Oaxaca Valley of Mexico and ovifera in eastern North America. Before domestication, squashes were widespread across the Americas and formed a dispersal mutualism with large megafauna. Wild squash posess high amounts of bitter cucurbitacin toxins that deter most herbivores, but it is likely that mammoths and other large mammals were less sensitive to these compounds because they posessed few bitter taste receptor genes. Mass extinction of megafauna at the onset of the Holocene led to a dramatic decline in wild Cucurbita. Today, wild ancestor populations of ovifera are rare across the southeastern US, while no wild form of subspecies pepo has been found.

Interestingly, turnips were originally part of an Irish pagan festival and were used to ward off dark spirits before pumpkins eventually became the object of choice for carving and other Halloween decorations.