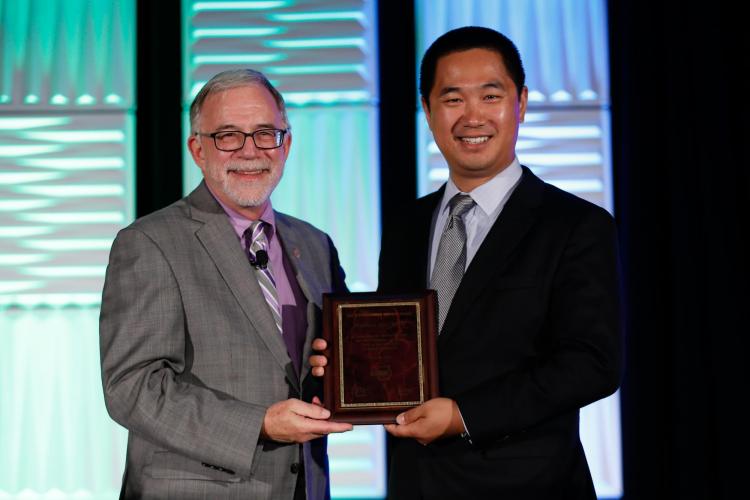 Dr. Zuo received the American Society of Heating, Refrigerating and Air-Conditioning Engineers’ (ASHRAE) Distinguished Service Award, which recognizes members who have served ASHRAE faithfully as a member of committees or otherwise have given freely of their time and talent on behalf of the society. ASHRAE president Tim Wentz gave the award in the Plenary Session during its Annual Conference in the Long Beach, CA. Congratulations!

“It is the volunteer effort of people such as Dr. Zuo that allows ASHRAE to contribute technological advances for the benefit of industry and the public. ASHRAE recognizes that employer support makes participation in Society affairs possible,” States a release from ASHRAE.