Failure of rural water infrastructure in developing countries is often caused by the systemic interaction of technical, social, financial, institutional, and environmental factors. Unfortunately, current approaches for the planning and evaluation of sustainable rural water services in developing countries are unable to adequately interpret and adapt to the complex interactions of these factors. Thus, the aim of this research was to investigate a systems approach to better consider these inherent complexities through modeling the systemic interaction of influential factors. The overarching research question asks how do factors interact as a system to influence rural water system sustainability in developing countries? To answer this question, this research began with a systematic review of water sector literature to identify factors that influence the long-term functionality of rural water infrastructure in developing countries. Through this systematic literature review, it was possible to identify a list of important factors the author called “sustainability factors”. Using a panel of water sector experts involved in Delphi survey and cross impact questionnaire study, it was then possible to model the interaction of these sustainability factors as a system. The culmination of this work presented a causal loop diagram that described the critical areas of factor interaction by identifying dominant feedback mechanisms. The dominant feedback mechanism was found to influence water system functionality through the community involvement with system maintenance, proper finances for operation and maintenance, and effective water system management. However, the study also found a multitude of feedback mechanisms that could be equally influential within a particular regional context. Thus, the next step of this research entailed the use of focus groups to gather opinion-based data on factor interaction from water project stakeholders in Terrabona, Nicaragua. This work allowed for context-based evaluation of factor influences in the form of stakeholder value networks. Specifically, this study presented a compelling use of systems diagramming to gain insight into stakeholder alignment.

This study ended with a petition for future research that would verify whether these stakeholder value networks truly provide accurate representations of stakeholder alignment compared with the true interaction of factors that influence rural water system functionality in the field. As such, the last step of this research was to identify field-based factor interaction using field-based evidence from water systems in Darío and Terrabona, Nicaracua. Using graphical modeling, this last study used interview data gathered from water committee members to build factor networks based on conditional dependence between factors. The study showed a dramatic difference in factor interaction between Darío and Terrabona, and demonstrated the impact of regional context on factor influence. In summary, this doctoral research presents both practical and theoretical contributions to the field of rural water development by demonstrating the usefulness of systems-based methods to understand project complexity. Future research, which further tests the ability of these tools to predict project success and foster holistic learning, will certainly prove a worthy endeavor for future researchers and practitioners. 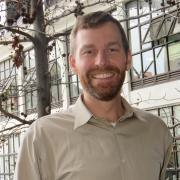 Jeffrey Walters
Return to the top of the page