The Risk Landscape of Earthquakes Induced by Deep Wastewater Injection

There remains a dearth of evidence regarding the impacts of the increase in U.S. oil and gas production and wastewater disposal wells on the social landscape of surrounding communities. The ways in which, and extent to which, communities respond to the potential risks of wastewater disposal and potential induced seismicity depend on factors such as their knowledge, risk perceptions, and capacity for collective action. This research examined the perceived credibility of various, sometimes conflicting sources of information regarding the earthquakes, as well as public beliefs regarding the cause of the earthquakes and potential mitigation responses to the earthquakes.

This study examined the risks of injection-induced seismicity in the context of four communities across two states: Colorado and Oklahoma. Exploratory interviews were conducted with actors in each community. The interviews focused on group affiliations, the information used to inform risk perceptions and network mobilization, the source of the information, dissemination methods, and connections with other individuals and groups regarding oil and gas development and induced seismicity. The data gathered from these interviews has served primarily to inform the rest of the research development.

In the spring of 2018 a household survey was mailed to a randomly selected subset of residences in the case-study communities. This survey asks respondents questions about their views on oil and gas development; the potential causes of the earthquakes; who they view as credible sources of informaiton; and their ties to the oil and gas industry. Analysis of these data were used to answer the research questions of this project.

A summary of the results of the household survey conducted across communities in Colorado and Oklahoma in the spring of 2018 can be found in the "Publications" section of this website under "Reports," or by clicking here.

In response to the first research question, the results of our analysis shows that many factors (e.g. having the option to respond via the internet or web v no choice) hypothesized to be significant predictors of response rate or response speed were, in fact, not significant. However, whether the target population was urban or rual was a significant predictor of several outcomes, with urban respondents being more likely to complete and return the survey, completed it faster, and had fewer missing items or skipped questions as compared to rural communities. This is currently under review for publication.

Regarding what sources individuals view as credible, we found that university researchers and scientists were viewed as the most credible source, and elected officials were viewed as the least credible source. Rural respondents viewed sources as less credible than their urban counterparts, and those who have experienced more negative impacts of induced seismicity view sources as less credible than do individuals who have not experienced such adverse impacts.This work has been published in Sustainability and can be found in the "Publications" section of this website. 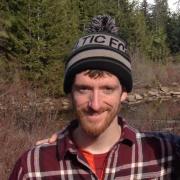 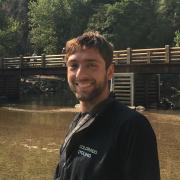