"‘Western Culture’ and Where it Really Came From" and Upcoming Talk with Brian A. Catlos 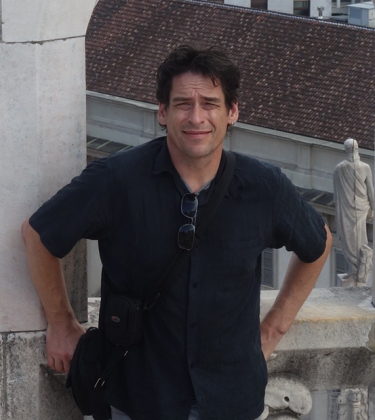 Brian A. Catlos, Professor of Religious Studies, Jewish Studies, and Director of the CU Mediterranean Studies Group, recently published an article titled "‘Western Culture’ and Where it Really Came From" on Hurst Publishers' website. In this article, he discusses immigration, how "no one 'owns' culture and it is never static," and how "American and European culture exists as it does today thanks to the influence of outside peoples."

Additionally, Professor Catlos will present a talk this Saturday, September 22, 2018, from 5:15 PM -6:15 PM at the Boulder Public Library as part of the ZEE Jaipur Literature Festival@Boulder. Professor Catlos, along with Aun Hasan Ali, will look into the magisterial, myth-dispelling history of Islamic Spain, which spans the millennium between the founding of Islam in the 7th century, and the final expulsion of Spain’s Muslims in the 17th century. The festival invites attendees to examine the human experience through the reflections and imaginations of distinguished contemporary authors from across the globe. Learn more about ZEE JLF@Boulder here.

An Excerpt from ‘Western Culture’ and Where it Really Came From
This summer President Trump warned European leaders that immigration is “a very negative thing” and is in danger of “changing their culture.” It is a statement that resonates with anxieties felt broadly on the political right and which has crystalized in the nativist ethno-national, neo-fascist and racist political movements that have shockingly become mainstream in recent years. Pundits and politicians have been ringing alarm bells for some time regarding the supposed threat to “Western culture” and “Judeo-Christian values” posed by outsiders, especially people who look different or whose cultural priorities are assumed to be at odds with our own. It is Islamic culture that provokes the most fear in this regard, and candidates and talking heads now openly claim that as a religion and culture it is incompatible with western values. These demagogues harken back to a supposedly pure, white European culture of the past, one rooted in nations that trace their landed pedigree back for millennia, uncontaminated by outside influences, and that can be traced back ultimately to the supposedly-European legacy of imperial Rome, Classical Greece and the Hebrew Old Testament. However, their arguments are based on a false, romanticized view of the past, and an absolute misunderstanding of how culture works, what “Western culture” is, and what Islam’s role in its formation has been.