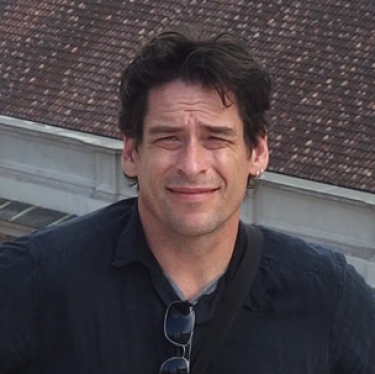 The 2018 Haskins Medal is awarded to Professor Brian Catlos for his monograph, Muslims of Medieval Latin Christendom, c. 1050-1614 (Cambridge: Cambridge University Press, 2015). Below is the full announcement from the Medieval Academy of America.

Awarding the coveted Charles Homer Haskins Medal to Brian Catlos for his Muslims of Medieval Latin Christendom, c. 1050-1614 might at first be thought to owe much to its character as a truly timely book. Its current relevance is undeniable for its subject is Christian/Muslim relations in a formative period of European and Mediterranean history and one of its merits is presenting that history in a calm and cogent manner, resisting the temptation to over-sensationalize his materials. Yet it is important to state clearly that the medal is awarded even more for the admirable scope of the work and the commendable depth of its scholarship. Here is a truly magisterial study, wherein a scholar in control of an abundance of information inspires confidence in his precise and well-grounded conclusions through clarity, economy and evident good judgment.

This study boldly presents an entire field of crucial interest that has only in relatively recent decades come more sharply into scholarly focus, often through valuable but localized investigations. This book brings the mosaic pieces together, giving the broad view needed at this stage. Both geographically and chronologically comprehensive, the book generates not only a synthesis but a distinctive and creative reinterpretation. It provides the thorough and nuanced analysis that we must have if we are to understand the fascinating vitality in an entire range of interactions as both sides faced challenges that emerged as Muslim societies continued through crusade and conquest to live within Christian territories.

In its breadth of approach and through the commendably tireless investigation of both archival deposits and secondary scholarship from both East and West, the book establishes a model for research and sets a standard for future work which will draw upon its panoramic narrative and its close analysis of particular sites no less than on its breathtaking territorial sweep which takes us from the Iberian peninsula, to Italy, North Africa, the Latin East, Poland and Hungary. A view that so successfully combines telescope and microscope offers critical views on received wisdom that will enliven scholarship for decades.

Happily, it can be said finally that these scholarly heights are not reached at the cost of imposing disappointingly deadening prose on readers. To the contrary, the narrative and argument flow smoothly, bringing the case, often of a revisionist nature, fully to life. Scholars and students (hopefully, merging categories) will read this book with profit for a long time to come.