Gregg Drinkwater Conducted Research on the History of Judaism and Homosexuality 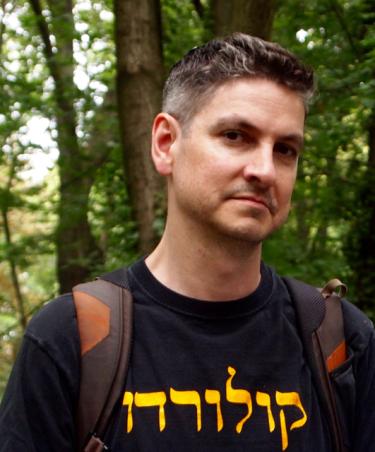 Over the summer, Gregg Drinkwater, a doctoral candidate in history and Jewish studies, conducted dissertation research at archives in Cincinnati, New York City, Los Angeles, and San Francisco. Drinkwater is writing a dissertation exploring the social and cultural history of the encounters between American Judaism and homosexuality in the post-World War II era. As the first scholar to undertake such research broadly, his work will help explain how the American Jewish community and gay and lesbian Jews navigated the tension between Judaism’s traditional regulation of gender and sexuality, and the increasingly visible role for gay and lesbian people in American society from the 1960s through the early 1990s. During this era, American Judaism shifted from regarding homosexuality as a taboo topic, to a period notable for its proliferation of gay Jewish institutions, visible gay and lesbian clergy, and widespread Jewish support for LGBT civil rights.

Drinkwater’s research in LA at the ONE National Gay & Lesbian Archives was supported by a Barry and Sue Baer Graduate Fellowship from the Program in Jewish Studies. In Cincinnati, Drinkwater was the 2016-2017 Herbert R. Bloch Jr. Memorial Fellow at The Jacob Rader Marcus Center of the American Jewish Archives. A Beverly Sears Graduate Student Research Grant helped support his research in NYC at the American Jewish Historical Society, the New York Public Library, the LGBT Community Center National History Archive, and the Lesbian Herstory Archives. And the CU Boulder History Department supported his work in San Francisco at the GLBT Historical Society and in the archives of Congregation Sha’ar Zahav, an LGBT-outreach synagogue founded in 1977.