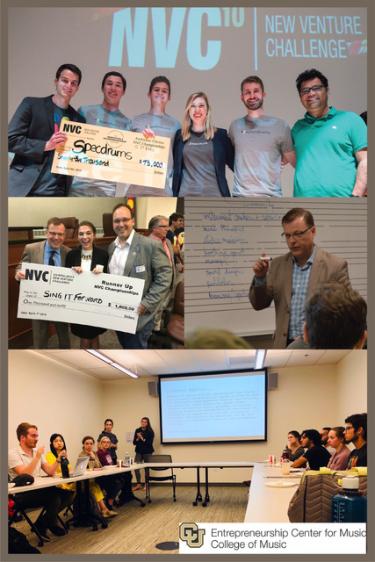 The award honors centers that focus on entrepreneurship education for a specific audience. The ECM boasts impressive credentials as:

The Center's Certificate in Music Entrepreneurship—in partnership with the Leeds School of Business—is among the most rigorous credentials of its kind, and over 20 other ventures have been launched from the ECM since its inception.

ECM director Jeffrey Nytch was thrilled when he heard the center’s name announced during the GCEC’s virtual conference:

"I feel that it’s a validation of our leadership status in this field. Arts entrepreneurship is a fairly new thing, and even though we were the first one to be created all the way back in 1999, we haven’t always been a visible presence in the field. When I came here in 2009, that was one of the things I was committed to changing, establishing us as a leader, and I feel I’ve done that in the last few years. This was validation of that.