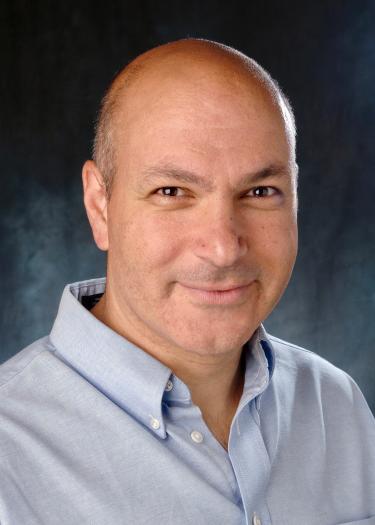 My research interests are in the use of satellite and airborne remote sensing techniques, integrated with in situ observations and modeling, to understand how and why the Earth's ice cover is changing, and what those changes mean for life on Earth. In particular, my research focuses on the contributions of ice sheets and high-latitude glaciers to sea level rise and their relationship to the changing climate. Toward that end, I have been heavily involved in the development of NASA's Ice Cloud and land Elevation Satellite (ICESat) and its successor, ICESat-II, and I have worked on cryospheric applications of various other satellites and aircraft instruments. Most of my research is supported by NASA, where I worked as a scientist for 12 years, before joining CIRES. In 2011, I returned to NASA on a two-year assignment as the agency’s Chief Scientist, serving as principal adviser to the NASA Administrator on NASA scienceprograms, strategic planning, and the evaluation of related investments.

Using satellites and in situ measurements to study polar ice, my group works with space-based, airborne, and in situ observations to study changes in Earth’s glaciers and ice sheets, with a focus on three areas. The first is the development of methods for determining how much meltwater is stored in—and subsequently lost from—melt lakes on the surface of the Greenland ice sheet. This meltwater has significant implications for the speed at which the ice sheet flows toward the sea because the meltwater can reduce friction between the ice and the bedrock on which it rests and also changes the deformation properties of the ice as the warm meltwater penetrates into the ice.

We have produced the first-ever detailed and validated maps of supraglacial lake volumes from high-resolution imagery across a large region in Greenland, producing a critical tool for understanding the ice sheet’s hydrology and its contributions to sea level rise. The second research area has focused on understanding the nature of compaction of the near-surface firn (snow) on the Greenland ice sheet to improve the interpretation of satellite and aircraft altimetry observations of ice-sheet-thickness changes. Compaction measurements from stations we installed on the ice sheet surface in 2013 have shown that local melt in summer 2013 released large amounts of latent heat into the firn over several months following the end of the melt season, increasing annual compaction rates by 8 percent.

This seemingly small change during this year of modest melt has a very large impact on converting elevation changes to mass changes, and our ability to quantify it represents a significant step forward in addressing the largest uncertainty component of altimetry-derived sea level contributions from Greenland. Finally, we combine data from NASA’s Gravity Recovery and Climate Experiment (GRACE), Ice Cloud and land Elevation Satellite (ICESat), and other missions to assess the spatial distribution of mass loss from the Greenland Ice Sheet, its peripheral glaciers and ice caps, and the Canadian ice caps with unprecedented detail at 26-kilometer spatial resolution (see figure). These areas of research are fundamental to our ultimate overarching objective of determining how and why Earth’s glaciers and ice sheets are changing and what those changes mean for life on Earth.

I received my MS in Aerospace Engineering Sciences and Ph.D. in Geography from the University of Colorado in 1991 and 1996 respectively. From 1996 through 2008, I worked in various positions at NASA, ranging from a research scientist, to program manager, to head of NASA Goddard Space Flight Center's Cryospheric Sciences Branch.  In 2008, I had the good fortune of being able to return "home" to serve as director of the Earth Science and Observation Center at CU and join the faculty of the Geography Department.   I am very glad to have the opportunity to bring the experiences and perspectives that I have acquired during my tenure at NASA back to the academic environment.  I believe that when students can see the practical value of what they are learning, they are more motivated and the concepts resonate more effectively.  My hope is that the perspective I can bring to the classroom will enable me to provide a unique learning opportunity for the students by infusing real-world experience into the concepts I am teaching them. 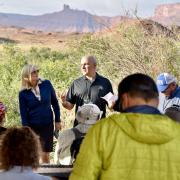 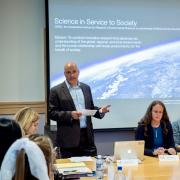 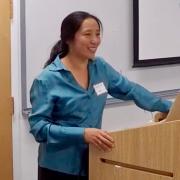 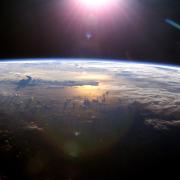 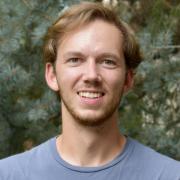 Thomas Herrmann
Return to the top of the page