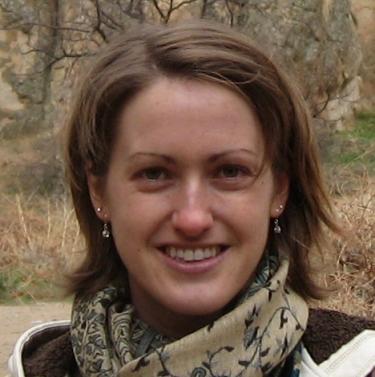 2009 - Nation-Building, Geopolitics, and the Andijon Uprising: Securitizing Discourses in Uzbekistan

2012 - The City and the Steppe: Territory, Technologies of Government, and Kazakhstan's New Capital

My dissertation is entitled "The city and the steppe: Territory, technologies of government, and Kazakhstan's new capital." Through a mixed-methods, critical regional studies approach, it explores Kazakhstan's shifting geopolitical imaginaries and practices since the state gained independence in 1991. The study is centered on the countryâ€™s spectacular new capital, Astana, which opens up broader political geographic questions. By examining new ways of organizing space "representationally," I take a practice-based approach to examine the political and symbolic economy of the cityâ€™s development, and its role in the elite nation-building and international prestige-building project. Through this case study, I show how independence-era elites have constituted the â€œstateâ€ as a coherent â€œthingâ€ and actor, while simultaneously constituting two new objects of government: a passive (and pacified) "society" and a natural (and naturalized) â€œterritory.â€ I argue that the paternalist regime that has evolved in Kazakhstan is not a mere continuation of Soviet-era paternalism. Rather, I show how the regimeâ€™s selective engagement with neoliberal market economy forces have worked to reconfigure and institutionalize new practices of government (of both the self and others) in the era of independence. Specifically, I highlight those practices surrounding the consumption and constitution of Astanaâ€™s built landscape, spectacle and sport, education, new practices of spatial/social exclusion, and nationalist and foreign policy discourses. The research project draws on a broad set of methods, including data from interviews, participant observation, focus groups, a country-wide survey, and textual analysis.

I have been conducting research in Kazakhstan since 2005, when I first visited for my undergraduate Geography honors thesis on environmental security discourses and the Aral Sea's desiccation (High Honors, BA 2006, Dartmouth College, Geography and Russian Area Studies). My masterâ€™s research was on the Andijon uprising in Uzbekistan (MA 2009, CU Boulder, Geography). I have also conducted research on forced migration in Eastern Europe from 2006-2007, while living and working in Prague and Sofia.