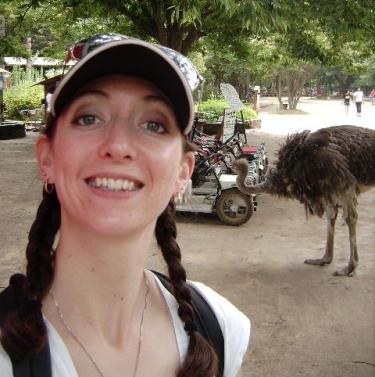 2011 - Contesting Koreanness: Migration as a challenge to the ethnic identity of the Korean Chinese

I research how the process of migration affects ethnic identity, especially within the Korean minority in China. My master's thesis discusses the experiences of Korean Chinese migrants when they move 'back' to their ethnic homeland in South Korea. While these people grew up in China and are Chinese citizens, they have retained a strong Korean identity and often describe a felt affinity with Koreans elsewhere. But when they arrive in South Korea for work or marriage, different ideas of what constitutes Korean culture can lead to disillusionment. For my dissertation then, I plan to expand my research to address the effects of migration on the sending communities in China. Do they still consider themselves part of the global Korean nation? How are closer ties to South Korea changing their position in China? As the Chinese economy continues to boom, where do the Korean Chinese see their best future? Through my work I hope to shed some light on how global migration exchanges impact traditionally place-based cultural identities.