Politics of power in Myanmar 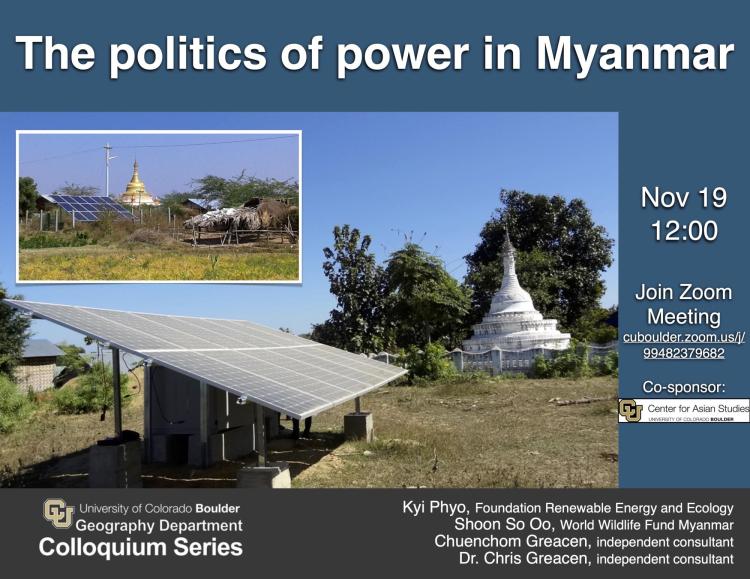 Co-sponsored by Center for Asian Studies

Myanmar is one of the least electrified countries in the world. The country’s Ministry of Energy and Electricity claims (over estimates?) that 50 percent of the population has been electrified as of 2020, and the power consumption per capita is about twenty times less than the world average. For rural households, access to electricity is lower still. Prior to 2011, five decades of military rule left many communities fending for themselves with regards to electricity, leading to a number of resourceful innovations. At the same time, the country has been a major exporter of energy --with Myanmar in long-term contracts to deliver natural gas through pipelines to Thailand and China and plans for huge hydroelectric facilities that would primarily export electricity to China and Thailand. In ethnic minority areas (Shan, Karen, Kareni, Katchin, Mon) energy projects have been implicated in human rights abuses including deliberate flooding of villages and forced labor. This talk will explore Myanmar’s energy situation and how this situation changed during and after its decade of democracy from 2011 to 2021 followed by the military coup and violent crackdown; the role of Thailand and China as exploiters of Myanmar energy sources; Myanmar’s deployment of clean decentralized energy including community-centered energy development, and the complicated relationship between states/regions and the union government vis-a-vis energy development.