Understanding Urbanization in India: Insights from Jurisdictional and Land-Cover Perspectives 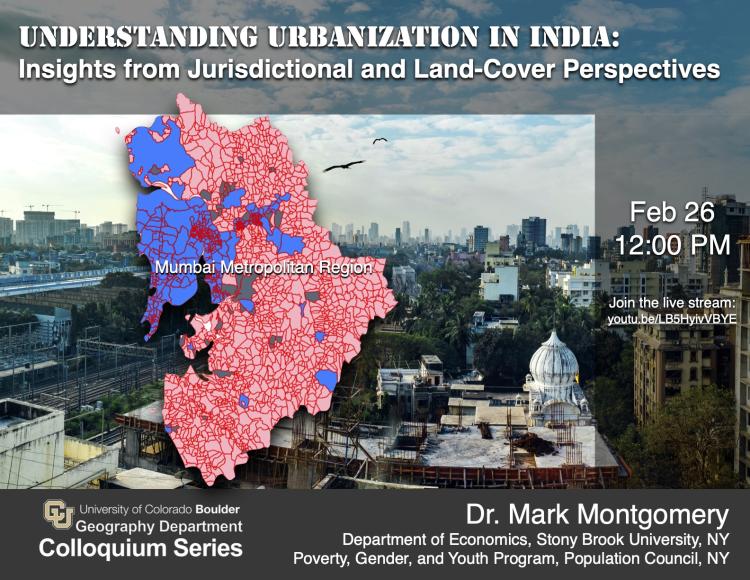 The phrase "in situ urbanization" is generally conceptualized in one of two ways. There is a significant strand of thinking---exemplified by the elegant synthesis of Stokes and Seto (2019)---in which urbanization is viewed from the perspective of land cover processes, by which land areas that were once thinly covered by structures and other proxies for habitation become more thickly occupied by them. This spatially-oriented literature is dominated in its empirical measures by remotely-sensed satellite data. People, their characteristics, and their governments are part of the conceptualization, to be sure, but their presence and nature are often left to be inferred from the land-cover measures. An alternative conceptual model focuses instead on the legal jurisdictions of local and municipal governments, giving attention to the expansion of boundaries that brings formerly rural inhabitants under the sway of urban governments. In addition to jurisdictional boundaries, population census data figure prominently among the empirical materials favored by this approach. I follow this second line of thinking, in which jurisdictional boundaries, and changes over time in these boundaries, are conceptually key.

This paper draws on detailed, spatially-specific, settlement-level socioeconomic data from the Indian censuses of 2001 and 2011, accompanied by spatial data on settlement and administrative boundaries, for some 650,000 individual villages, towns, and cities. These data are complemented by high-resolution (250 meter) remotely-sensed measures of land cover (the Global Human Settlement Layer) that span the period from 1975 to 2014. We give close attention not only to the legal reclassification of rural villages from 2001 to 2011, but also to two transitions of village status which in India are often seen as precursors to it: the designation of villages as census towns or outgrowths of statutory (legally urban) towns.