Charting the Outlines of a Tibetan Cartography 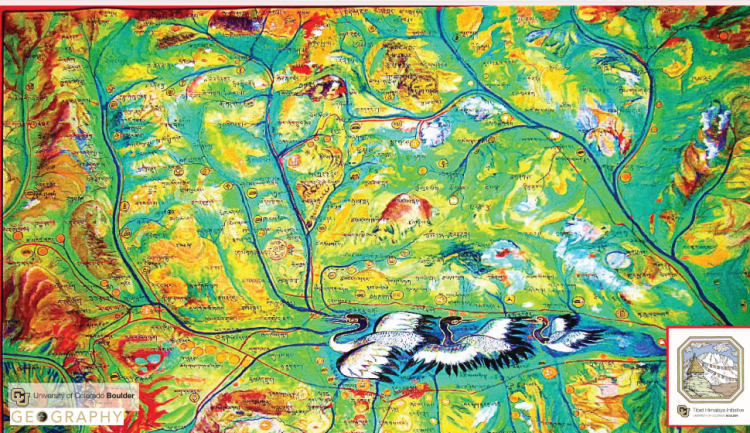 Drawing upon fieldwork in western Nepal, the Tibet Autonomous Region, and the eastern Tibetan Plateau as well as historical and contemporary maps, I will argue that there is a recognizable but as yet underappreciated body of knowledge and traditions that comprise a Tibetan cartography. In addition to describing a coherent set of representational and embodied practices that were foundational to Tibetan efforts to map their worlds, I will argue that mapping practices were, in fact, integral to governance in pre-1950s Tibet. Though the Tibetan state may justly be called “minimal” (Jansen 2019) prior to assimilation by the People’s Republic of China, the delineation and claiming of territory through mapping occurred at multiple levels and was, as Scott (1995) instructs, one way that the state ‘saw’ its territory. Even as we recognize aspects of cartographic practices that are shared between contemporary scientific and Tibetan approaches, the case of Tibet can also catalyze an expanded notion of geography beyond the material bounds and geopolitical purposes to which scientific cartographers aspire, but also limit themselves.