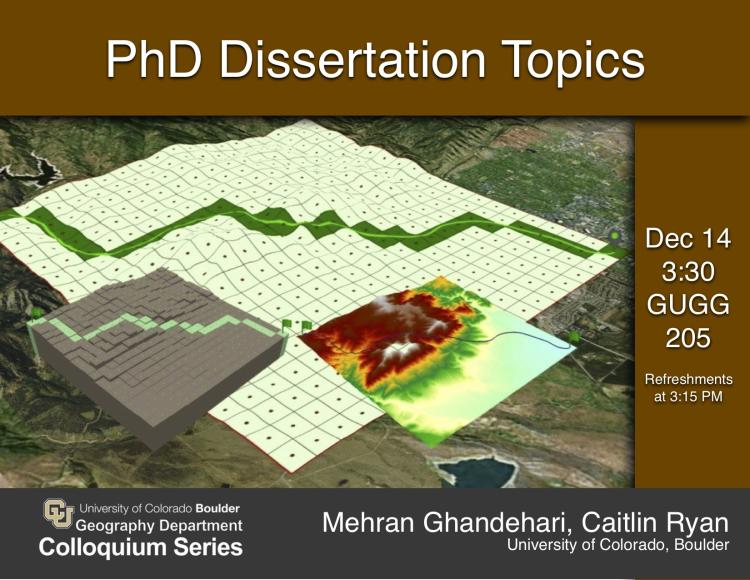 Digital terrain data forms the basis for geospatial analysis and modeling in many disciplines. Terrain is commonly modeled on a grid of pixels, assuming that elevation values are constant within any single pixel of a Digital Elevation Model (DEM) (a ‘rigid pixel’ paradigm). This paradigm can generate imprecise measurements because it does not account for the slope and curvature of the terrain within each pixel, leading to precious information being lost. As pixel size increases, for example in continental or global scale modeling, errors introduced by the rigid pixel paradigm can become dramatic. The objective of this research is to relax the rigid pixel assumption, allowing detection of possible sub-pixel variations (a ‘surface-adjusted’ paradigm).  The surface-adjusted approach incorporates the slope and curvature of the terrain into computations, and fills a critical gap in the literature regarding the impacts of rigid-pixel paradigm in terrain modeling uncertainty. This research examines the sensitivity of surface adjustment to different interpolation methods, different contiguity configurations, different terrain type and a progression of spatial resolutions.

From Ethnicity to Urbanicity: Rethinking Conflict in Osh, Kyrgyzstan
by Caitlin M. Ryan 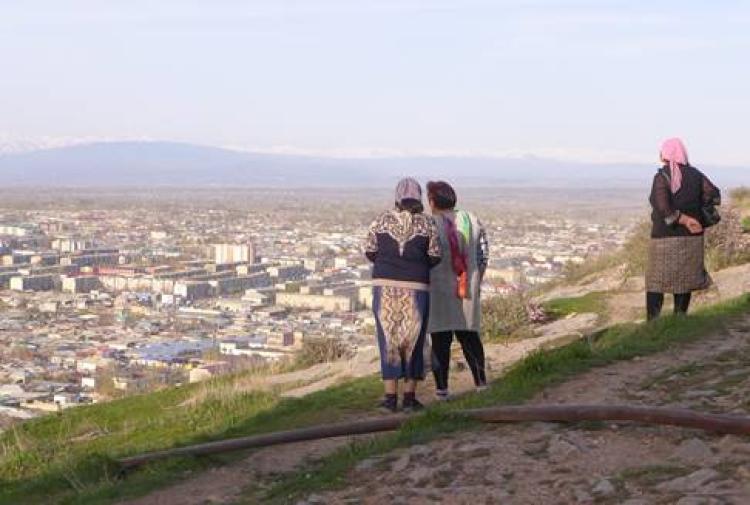 In 2010, a week of ethnic riots engulfed the city of Osh and left large parts of the city in ruin, with hundreds dead and several hundred thousand displaced. The international community condemned the violence as a “pogrom” carried out against Uzbek residents, who make up approximately half of the city’s population but who are a national minority within the country. State authorities vociferously reject that interpretation, while the west, especially the United States, has pushed for greater protection of human rights and for a more just process of truth and reconciliation that would account for the crimes committed in 2010. In the months and years after the violence, local authorities embarked on a number of urban development projects—the first concerted effort to invest in Osh’s urban infrastructure since Kyrgyzstan’s independence. Invoking an unpublished Master Plan, local authorities built new roads and bridges, and carried out other urban beautification projects, alongside, and often in confrontation with, the international humanitarian response to the crisis. In some cases, more Uzbek homes were destroyed and people displaced to make way for the modernization of urban infrastructure. While its urban infrastructure is outdated and neglected, urban space in Osh has undergone significant, if informal, changes since 1991, especially related to population growth. There has been a major increase in the city’s ethnic Kyrgyz population as people from the predominantly ethnic-Kyrgyz countryside have moved to Osh seeking opportunities in the city, as well as an exodus of its significant Russian minority population when the Soviet command economy that employed them collapsed.

Both ethnic Uzbek and ethnic Kyrgyz residents of Osh make claims about their right to the city (specifically, their right to housing and property) by pointing to Soviet-era developmental polices that excluded or displaced their group. Debates about the nature of the 2010 conflict, where blame and responsibility should be assigned, and how recovery should take place are rooted in particular understandings about who belongs in which urban spaces in Kyrgyzstan. In this dissertation, I draw on qualitative and ethnographic data collected over 16 months of fieldwork to reframe the story of Osh around an understanding of urbanicity rather than ethnicity alone. I trace the intertwined histories of urban transformation and the production of ethnic difference, from Russian imperialism to the Soviet period to post-Soviet independence, and I draw on a series of participant-led tours of the city to complicate and personalize these official histories. In doing so, I show how urban space and ethnic identity are co-produced in Osh. I also argue that international humanitarian and peace-building groups have largely ignored the politics of space and identity in Osh. Finally, this dissertation also considers the impacts of the surveillance state on fieldwork. Using the lens of governmentality, I show that the surveillance state draws on both biopolitical and sovereign forms of power as it operates through differently-positioned geopolitical subjects within its territory. The dissertation concludes with a discussion of corruption, drawing attention to the complicity of the west in enabling Kyrgyzstani state graft at the highest levels. Corruption in Kyrgyzstan engenders relations of trust and distrust, formality and informality, between ordinary citizens in Kyrgyzstan that articulate closely with ethnic identities. Perhaps the best form of international peace-building and conflict prevention would be to take corruption more seriously.