During a tornado outbreak in May of 2013, a family of seven took shelter in an underground culvert in Oklahoma City, fearful, no doubt, for their children’s lives; minutes later, they were swept away in flood waters that raced through ditches and culverts near the city, killing all of them. This tragedy has added to a growing concern in the weather community about how to best communicate weather threats to individuals in light of the fact that the complexities of multiple hazards that can further exacerbate risks for harm. While many in the social science community have made progress in revealing impediments that individuals and populations face in receiving, understanding, and acting on warnings, little is known about the forecasting context. In matters of multiple hazards, like overlapping flash flood and tornado warnings, called TORFFs, this understanding is crucial to keeping people safe. This presentation gives an ethnographic account of the co-production of NWS warnings during a TORFF event in the Southeastern U.S. and reveals sociotechnical challenges faced by forecasters that, taken together, create an increased layering of effects, or “hazard amplification,” which magnifies the privileging of tornado threats, and thus warnings, over flash floods. 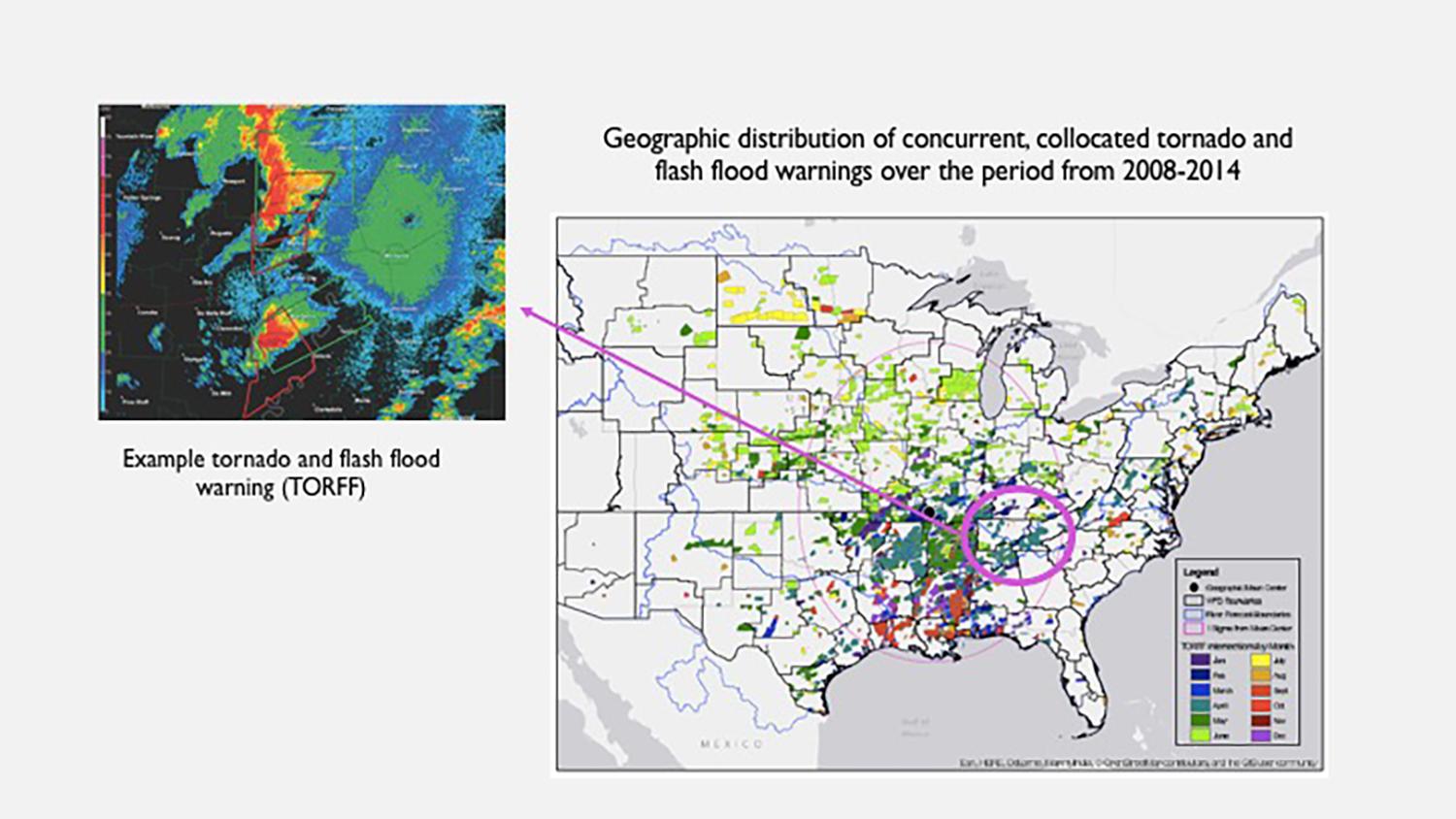