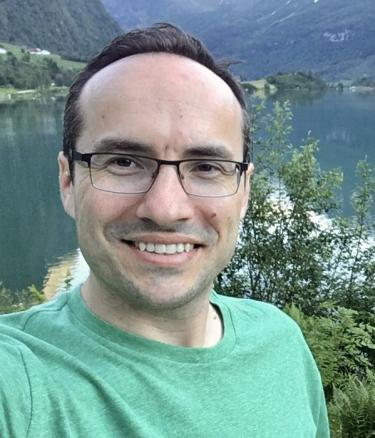 Adrian Gestos is the director of the Materials Instrumentation and Multimodal Imaging Core (MIMIC) Facility. Since joining the MIMIC team in October 2020, Gestos has been helping researchers solve problems with the facility’s state-of-the-art equipment, allowing scientists and engineers to characterize materials visually, mechanically and chemically, down to the submicron scale.

Gestos hails from Australia and received his PhD from the University of Wollongong. He sat down to share more about his background, what brought him to the University of Colorado Boulder and some of the impactful research projects happening in the MIMIC facility.

Tell us about your academic journey.

I always wanted to study science, so I completed my Bachelor of Chemistry at the University of Wollongong in Australia. After graduating, I was lucky enough to get a research assistant position with the Intelligent Polymer Research Institute (IPRI). IPRI was a very multidisciplinary environment, and I was exposed to all sorts of research, including conduction polymers, polymers for drug release and thermoelectric cells – just to name a few. I enjoyed this position so much that I knew I had to pursue a PhD. For my PhD, I used the atomic force microscope a lot to look at mechanical properties of polymer nanofibers made from electrospinning. I stayed with the research group for seven years in total and received my PhD from the University of Wollongong in 2011.

What made you move from academia to managing instrument facilities?

My postdoc was in Geelong, in the southern part of Australia, where I was mostly doing atomic force microscopy and characterizing people’s materials. After some time there, I realized that the straight academia path was not for me.

I went back to the University of Wollongong, specifically the Australian National Fabrication Facility (ANFF), to run an instrument facility with research-grade fabrication equipment such as a roll-to-roll coater and inkjet printer built for custom materials. I spent my time there scaling up different technologies within that research group – taking things that people might produce a few cm2 at a time, and using the roll-to-roll coater to make meters of it.

I ended up getting involved with AquaHydrex, an electrolysis startup, by scaling up their electrode production. We were doing medium-scale electrode production on the custom roll-to-roll coater that we had there. In 2018, I made the move to AquaHydrex Colorado and started doing more fundamental work like membrane development, returning to the science-side of the company’s work rather than manufacturing.

What was it about working at the MIMIC facility caught your eye?

When I saw the MIMIC director position open up, I jumped on it. The startup world can be a little insular with the work you do behind closed doors. I was eager to work with a broad range of people again and contribute to something more open source. The great thing about core facilities is that professors sometimes get expensive equipment that ends up sitting in their lab or not getting used properly. Professors Virginia Ferguson and Wil Srubar have put in the effort to make sure that does not happen by creating the core facility. Also, I could see that CU Boulder was investing in their core facilities through the Financial Futures Program and by hiring Director of Core Facilities Claudius Mundoma. Joining MIMIC was also a return to my roots. I knew I would enjoy the job since I previously worked at instrumentation facility. Plus, the range of people and projects is always exciting.

Since I started at MIMIC in October 2020, I have worked on all sorts of different projects, with interesting people, from across the university. That includes work involving geology, mechanical engineering and biology disciplines, just to name a few. In my role, I come in during the ‘hard part’ of the project, when researchers need to overcome huge obstacles. We can use the equipment at the MIMIC facility to help them solve the problem with a fast turnaround.

What are some noteworthy projects happening at the MIMIC facility? 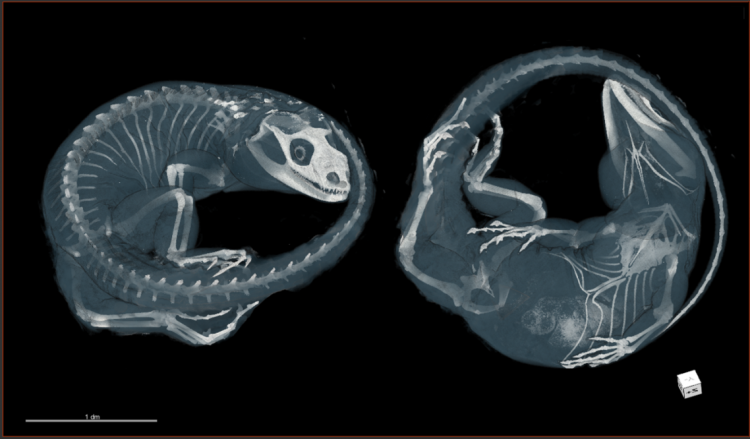 I love being a part of open-source projects that help the common good. One is the oMeso project, which is funded by the National Science Foundation. CU Boulder researchers are scanning roughly 1,100 species of reptiles and amphibians from the CU Museum of Natural History. It is part of a huge project across the United States called oVert, in which hundreds of thousands of animals are being scanned. The 3D models will be available online.

Another project is work from one of Ferguson’s PhD students. Jennifer Coulombe is using MIMIC’s equipment for bone analysis. She has pushed the resolution limits with the X-ray microscope and has imaged tiny, five-micron pores in the bone where bone cells live.

Researchers have also used the equipment in MIMIC to study 3D printed composites, analyze the internal structure of concrete and to find defects in fix circuit boards. When the Laboratory for Atmospheric and Space Physics (LASP) experiences some defects in their circuit board, for example, we can use MIMIC’s instruments to take a closer look at the wiring to locate the fracture.