Studies special topics in popular culture; specially designed for English majors. Topics vary each semester. May be repeated for a total of 6 credit hours for different topics. 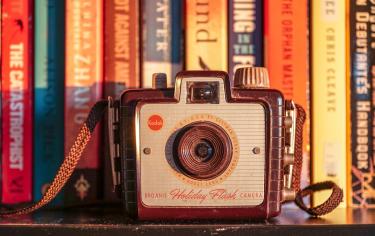 This class will read and think about weird and new weird fiction as well as some of the theoretical and scholarly debates surrounding this topic. Briefly put, weird fiction emerged in the late nineteenth century as a loose genre of texts concerned with inhuman forces, massive timescales, and cosmic indifference. In the works of writers such as MR James, William Hope Hodgson, and HP Lovecraft we find scholars, scientists, and others grapple with the limits of their expertise and the realization that humanity means very little in the face an uncaring universe. More recently, writers such as Clive Barker, China Miéville, Steph Swaintson, Victor LaValle, Carmen Maria Machado, and others have returned to weird fiction to rethink and revise some of its core features—including its racism, classism, and misogyny—and to repurpose some its aesthetic and theoretical insights in order to address climate change, neoliberalism, and the politics of genre and publishing. Alongside such revisions to weird fiction, theoretical and scholarly discussions of the anthropocene, the posthuman, world literature, history, politics, race, gender, and sexuality have raised questions and developed new methodologies that dovetail with the concerns of new weird fiction. This class will spend the majority of its time focused on such fiction, but will supplement that reading with short texts from these related conversations. In short, this class will make use of a popular genre and its history to think about traditional concerns of literary studies as well as some contemporary sociopolitical issues. Evaluation will be based on quizzes, class discussion and participation, and several papers.

"Dying is easy. Comedy is hard." (Attributed alternately to Apocryphal [a fourth-century Greek actor, the first to work with mini-malapropisms, called kittycatachreses], and to everybody else.)

This class will read thirteen or fourteen American feature films - along with a number of short films - that best typify distinctly American genres like screwball comedy, or American treatments of standard genres like slapstick comedy, farce, satire, and black comedy. 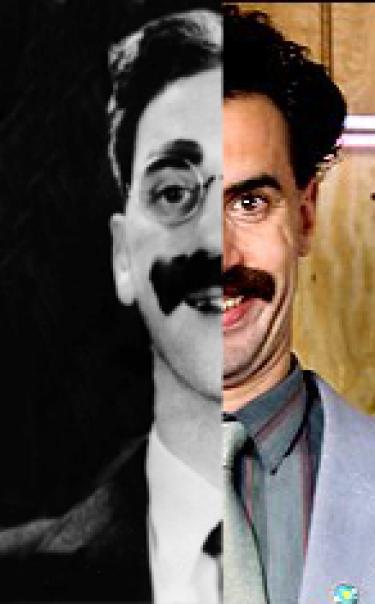 We will trace several motifs - the romantic couple, the body, the team, the outcast - through several films. Using classical, traditional and contemporary theory and criticism, we will attempt to arrive at general and specific definitions of the comic. We will be more generally concerned with defining the impulse toward comedy: why do we laugh? At what and whom do we laugh, and when? Why is so much comedy offensive or obscene? How does comedy change over time? Is there a national humor? What contributions can gelotology - the study of laughter through neurology, sociology and psychology - make to the study of film humor? What affinities exist between film comedy and literary humor? Why is so much comedy cruel?

We will treat some of the political issues that film humor raises: race, ethnicity, gender, and class, treating their representation from the nineteen-aughts to the present, in films ranging from Buster Keaton's The General (1926) to Spike Lee's BlackKlansman (2018).

Grade based on the usual bollocks: a couple of exams, an oral presentation or two, and a term paper.

It’s after the end of the world—don’t you know that yet?”  You’re living a post-apocalyptic fantasy. This course investigates the way contemporary popular culture imagines the future—and it’s not pretty.  It examines the futures depicted in three recent scifi sub-genres: Cyberpunk, the Weird, and Afrofuturism.  What does tomorrow look like from the perspectives of infotech, biohazard, and blackness?  Answering that question will require encounters a wide variety of media, including fiction, film, video, and music.   We’ll read novels (Neuromancer, Zone One, The City and the City, Station Eleven), watch movies (Bladerunner, 28 Days Later, Mad Max: Fury Road, Space is the Place), and listen to the futuristic sounds of Sun Ra, Parliament/Funkadelic, Drexciya, and Janelle Monáe.  Prepare for a semester of post-apocalyptic freak-out.  The future ain’t what it used to be.  Requirements include regular discussions, online posts, and a long final project.