Concerned with developments in the study of literature that have significantly influenced our conception of the theoretical bases for study and expanded our understanding of appropriate subject matter.

Section 002: Literature and the City 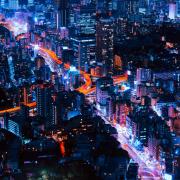 A promise of opportunity; a site of misery and alienation; an escape from the country; a space of deviance and crime—the city has historically alternately fascinated and repelled, a spatial locus that mediates the dreams and fears saturating our cultural imaginaries. This course will focus on twentieth- and twenty-first century literary and filmic representations of the city and the urban experience. We will take a broad global and temporal perspective: that is to say, we will read early twentieth-century modernist texts that sought to come to terms with the experiences of alienation and consumerism signified by the city; move on to consider late twentieth-century postmodern representations of city space as a site of futuristic technology and simulacra; and finally, turn to postcolonial renditions of cities in what is known as the “global South”—in sites like Johannesburg, Mumbai, or Lagos—to think about how forms of global socioeconomic and racial inequities are spatially reproduced. Texts we might read include Joseph Conrad's _The Secret Agent_; Jean Rhys's _Good Morning, Midnight_; Italo Calvino's _Invisible Cities_; J.G. Ballard's _High Rise_; Phaswane Mpe's _Welcome to Our Hillbrow_; Teju Cole's _Open City_, and Chris Abani's _GraceLand_. 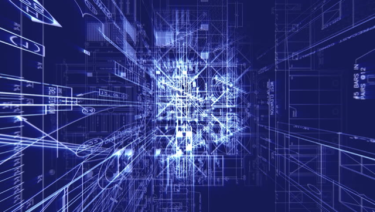 How has home—as a concept and a reality—changed in the U.S. at the millennium in response to 1) greater global mobility and rootlessness, both chosen and imposed; 2) the idea of "homeland"; 3) the persistence of homelessness; 4) changing ideas of dwelling, social reproduction, and domesticity; 5) settler colonialism, migrancy, and diaspora; 6) new technologies that render home permeable or continuous with the outside world; and 7) “solestalgia,” or the homesickness one suffers while still at home? In attempting to answer these questions through selected essays and novels, this course seeks to develop a critical geography of home. We will read Don DeLillo, Mao II (1992); Linda Hogan, Solar Storms (1997); Mark Danielewski, House of Leaves (2000); Joy Williams, The Quick and the Dead (2002); Teju Cole, Open City (2011); and Chang-Rae Lee, On Such a Full Sea (2014).

Section 004: The Literature of Defiance

All too often, English majors are told that their studies are impractical. W.H. Auden’s famous line, “Poetry makes nothing happen,” is often misunderstood as admitting the powerlessness of literature in general. In fact, though, literature has a track record of empowering social change. This course will examine the relative effectiveness of strategies of the “literature of defiance” across history. Poetry and fiction can dismantle taboos. Literature can also challenge and reframe what we value as a society: Describing the inspiration for Patrick Bateman, the bloodthirsty stockbroker antihero of his controversial novel American Psycho, Brett Easton Ellis said that when he moved to New York City as a young man, he was taken aback by the rampant materialism of Wall Street and the ambitious strivers around him: “I wrote it as an act of defiance to stop myself from slipping into that kind of lifestyle.” His novel led many readers to question this way of life as well.

-Banned books
-Obscenity
-Muckraking and investigative journalism
-Books and other media questioning censorship and government control of communication (including the screenplay for Snowden, about one of the most polarizing figures in recent American history: a government contractor who surreptitiously gathers and exposes state secrets)
-Boundary-pushing literary depictions of violence, from the severed heads in Shakespeare’s Titus Andronicus onwards
-Literary defiance of racial barriers (including debates over Mark Twain’s depiction of black characters, his use of dialect, and his choice to include what some call racial slurs)
-Texts that defy traditional conceptions of what deserves to be called literature: Can videogames be studied in the same way a complicated poem can?
-Literature defying traditional taboos related to gender
-Literary depictions of controlled substances (including Reefer Madness)

This course explores the eruption of black music as a means of sonic resistance in the twentieth century. We’ll begin briefly with the blues as the foundation of sonic blackness, but our main pursuit will be musical forms that set their sights on liberation.  We’ll look closely at the poetry and music of Sun Ra, progenitor of today’s Afrofuturism.  Then well study the parallel developments of funk in the US and reggae/dub in the Caribbean, focussing on the music and mythologies of George Clinton and Lee “Scratch” Perry.  Social context will direct our explorations, so we’ll read widely in cultural history (Amiri Baraka, Val Wilmer, William L. Van DeBurg, Nicholas de Monchaux), sonic theory (Jaques Attali, Kodwo Eshun, Julian Henriques), and literature (Gayle Jones, Jayne Cortez, Marcia Douglas, Ishmael Reed).  Requirements include short writings, a collaborative presentation, and a final project. Come prepared to funkatize the galaxy.