Meet Lianna Nixon, whose lens on climate communications is changing education and activism

Lianna Nixon is an environmental photographer and activist, but on Earth Day 2020, she was not thinking about marches or demonstrations. That was the day she found out if her spot on the world’s largest polar research expedition was still on despite the spread of a global pandemic. 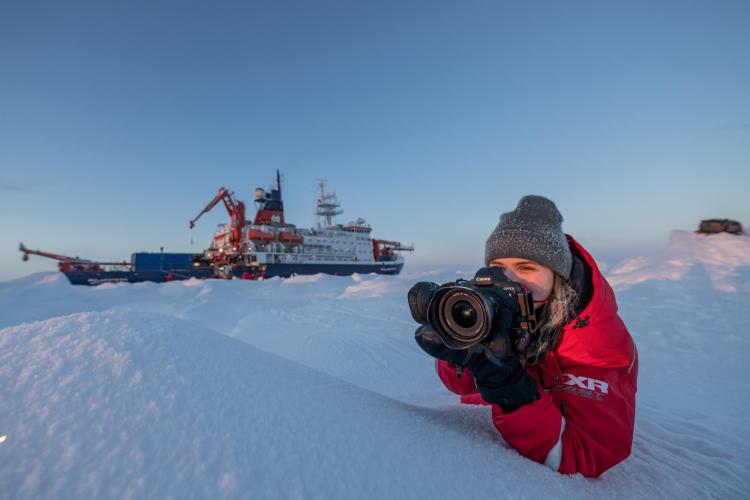 Photography and film are really great spaces to hold people. I am still learning and it’s a big learning process, but my goal is never to inundate people with the fear of climate change or environmental destruction. It is about inquiry and joy — to get people to fall in love with these wild spaces, so that maybe they can do something to help."

A few weeks later Nixon’s bags were packed, and she was aboard the Polarstern research vessel with nine cameras as part of MOSAiC, the Multidisciplinary Drifting Observatory for the Study of Arctic Climate. She joined researchers from over 30 nations for almost six months of studying and capturing the dynamic beauty of the Arctic region and its implications for global climate change.

It was the trip of a lifetime, and yet Nixon’s powerful work at the intersection of photography, activism, and education has been budding for a long time.

Even as an inquisitive child, Nixon has always been interested in the interconnections between the natural world and humankind. As a 19-year-old filmmaker, an internship allowed her to document rhino poaching in South Africa and organize activism back in the U.S. Now in her 20s, she frequently photographs in the Katmai National Park in Alaska to chronicle how the Pebble Mine threatens the last, largest sockeye salmon fishery that sustains massive ocean and coastal ecosystems and 14 indigenous communities. 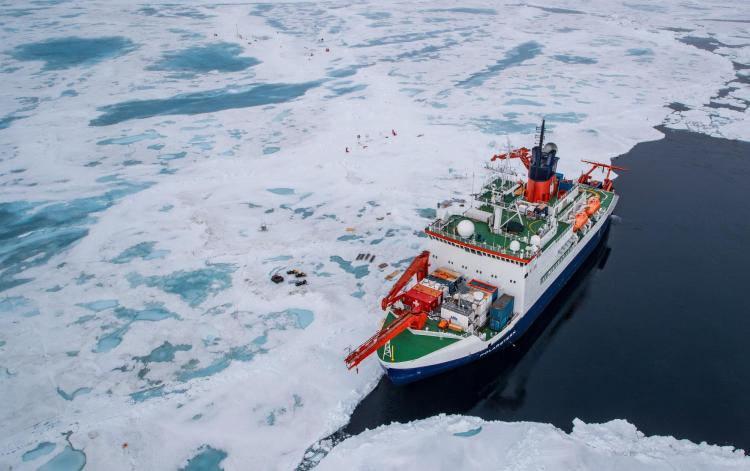 Nixon mindfully works to bring these global issues and wild places home to connect with people’s hearts and minds no matter where they live or fall on the political spectrum.

“Photography and film are really great spaces to hold people,” she said. “I am still learning and it’s a big learning process, but my goal is never to inundate people with the fear of climate change or environmental destruction. It is about inquiry and joy — to get people to fall in love with these wild spaces, so that maybe they can do something to help.”

From polar bears to vibrant blue sea ice, Nixon’s breathtaking photography and savvy social media skills offer an educational lens on climate by tapping into our shared humanity and forging bold but accessible conversations about humans and the environment.

As an undergraduate at CU Boulder, Nixon took an education course that resonated with her social-justice orientation and questioning of conventional education. The Learning Sciences and Human Development master’s program in the School of Education just clicked. She is the program’s 2021 Outstanding Graduate to honor her research’s ability to invite understanding, experience, and action.

“The learning science degree has been really transformative,” she said. “It reminded me that learning doesn't happen just in my head, it’s also embodied, holistic, and interconnected with the things that we do in our everyday lives.

“It also helped me ground myself in what kind of community I want to surround myself with — a community that challenges you can hold space for you to thrive and be supported as well.”

With mentorship from Learning Sciences Professor Susan Jurow, Nixon weaves together her expertise in environmental and social justice and the arts to design transformative learning experiences. She integrated MOSAiC filmmaking into her capstone project, where she uses educational equity and social justice frameworks to examine questions of power, justice, and learning in climate communications. 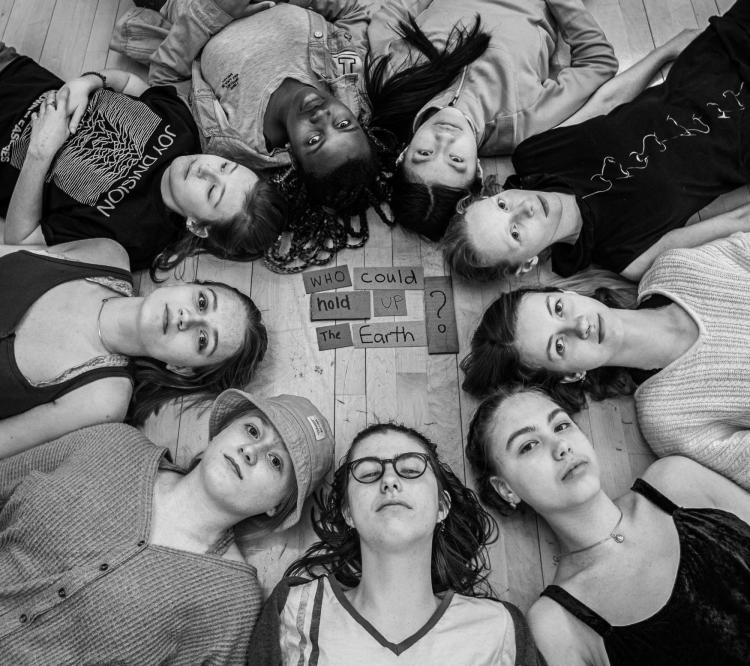 Her film is an exciting task with substantial responsibility, as she applies the anti-oppressive pedagogies of her education studies to address story bias and missing voices and ultimately change the best practices for inclusive storytelling.

“I was depending a lot on the script style of Sir David Attenborough of the BBC, and while he is influential in my storytelling, he also is a privileged, white, male scientist and asking my narrator Elmahdi, an African male, to embody that was wrong on many levels,” she said. “It took that kind of work and humility to realize those things, and sometimes we need that as storytellers.”

Nixon also acknowledges the privileges that have afforded her experiences, and she is paying forward by working to change climate communications and nature photography, both predominantly white and male, by honoring mentors and mentoring young women.

Despite its occasionally daunting nature, the collective work on climate action gives her hope for the future.

“Part of this activism work has been about handing over the power to the youth, the ones who are heirs to our planet and whose futures are at stake,” she said.

“I am in Susan Jurow’s class called ‘radicalizing possibilities.’ I think that’s really where the future is going to be. We’re just emerging, and the future is really challenging, innovating, and supporting an incredible space that will make room for a lot of possibilities.

“I’m optimistic about what the future holds for education and the climate because of the passionate people that are in this community.”

It sounds very cliche but don't lose sight of your strengths and your passions. I think those are really key drivers and sometimes in academia, we can lose ourselves within it. There's still a lot of work that needs to be done in how we protect ourselves in the academy. Allow yourself to explore. I wouldn't have been as successful without taking some theater and community engagement classes. Going into other schools, colleges, and institutions and having those intersect with your degree in education can be really helpful and transformative in how you are looking at what you want to do in your life, as well for the School of Education.”

Graduation, A Poem by Lianna Nixon

From the North Pole to Zoom meetings,
Blazing Trails and shattering ceilings
Coming together for justice and equity
Contributing to practice and pedagogy
Intrinsic, expansive, challenging
Dedication to education everlasting
As tassels take place on my left endless possibilities begin to unrest
I am thankful, I really am for all of you
For your support and kindness rings true
For this community hold each other up
Now it is my turn to pass on its love
Here’s to the challenges and opportunities ahead
It’s time we part ways, no important words unsaid
I am an Education Buff, I always will be
Looking towards horizons of curiosity"