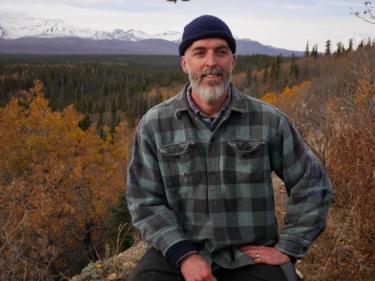 I am an evolutionary ecologist interested in contemporary natural selection and microevolution in wild animals.  A major goal of the research in my lab is to examine the ecological circumstances associated with short-term evolutionary changes. Social interactions between family members and neighbors often have important consequences for individual phenotypes and fitness, so my lab is currently particularly interested in maternal effects and other social effects on adaptation in nature.

I pursue these research goals by studying systems that are simple enough to identify and manipulate key ecological agents of evolutionary change, while still maintaining the inherent complexities of evolution in the natural world.  Much of the research in my group has been part of a collaborative, long-term study of wild red squirrels in the Yukon Territory of Canada (www.redsquirrel.ca), but we have also studied deer mice, an invasive zooplankton species (Bythotrephes longimanus), fruit flies, and will soon start some laboratory research on Syrian hamsters.

McAdam, A. G., D. Garant, and A. J. Wilson. 2014. The effects of others' genes: maternal and other indirect genetic effects. In Quantitative Genetics in the Wild.  Oxford University Press.