For the first time, researchers have shown that there is a genetic component underlying the amazing spatial memories of Mountain Chickadees.

These energetic half-ounce birds hide thousands of food items every fall and rely on these hidden stores to get through harsh winters in the mountains of the West. To find these caches, chickadees use highly specialized spatial memory abilities. Although the genetic basis for spatial memory has been shown for humans and other mammals, direct evidence of that connection has never before been identified in birds. Above: A Mountain Chickadee retrieves a seed from the smart feeders (Vladimir Pravosudov).

“It’s usually hard to measure traits in wild populations and relate those to natural selection,” says Scott Taylor, an assistant professor at CU Boulder and the new director of the Mountain Research Station, who is an author on the paper.

“This research expands the kinds of ways we can explore how natural selection operates in nature and then, ultimately, shapes the variation that we’re fascinated by.”

If natural selection (survival of the fittest) is shaping chickadee memory, certain criteria have to be met. There has to be variation in the trait: some chickadees are indeed better than others at re-finding their stores. There has to be a fitness advantage: birds that perform better on a spatial memory task are more likely to survive and produce offspring. Importantly, variation in the trait must have a genetic basis.

"Environment does still matter a lot in terms of shaping behavior, but our work here suggests that genes may create the brain structures, and then experience and learning can build on top of that," explains lead author Carrie Branch at the Cornell Lab of Ornithology.

To measure chickadee memory, senior author Vladimir Pravosudov and his team at the University of Nevada, Reno, designed arrays of "smart" feeders to measure memory in a population of wild Mountain Chickadees in California's Sierra Nevada mountains. 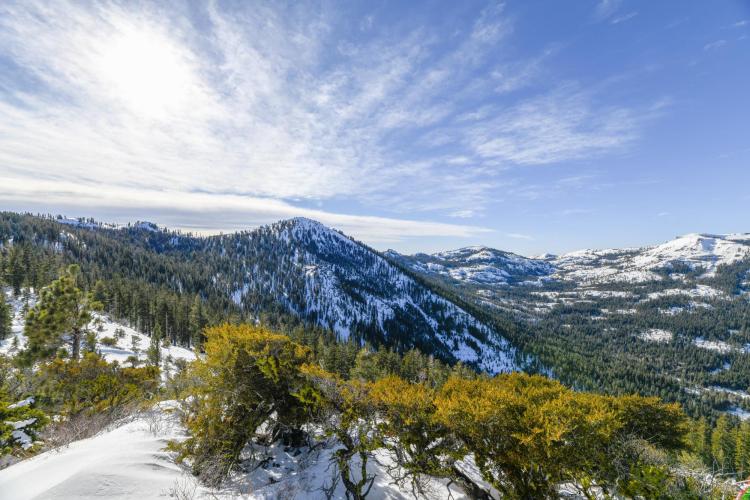 Each feeder is equipped with radio frequency identification sensors. The 42 birds tested were fitted with leg tags the size of a grain of rice which give off an identifying signal. Each bird was assigned to one of the eight feeders in each array. The feeder sensor reads the bird's ID tag and if it's the matching feeder for that individual, a mechanism opens the door, and the bird gets a seed. The scientists then tracked how many tries it took before the birds consistently went to the correct feeder.

"This is an effective system to test spatial learning and memory in hundreds of wild chickadees in their natural environment," said Pravosudov. "We have previously shown that even very small variations in performance are associated with differences in survival."

To understand the connection between spatial memory and genetic architecture, Taylor and Georgy Semenov, a co-author and postdoctoral researcher in Taylor’s lab, then sequenced Mountain Chickadee genomes.

"We used two methods to link genetic variation with spatial memory in chickadees," said Semenov. "In the traditional genome-wide approach, we compared genetic data across individuals, from those that performed well on the spatial learning and memory task to those that performed poorly. We did the same comparison with a new machine learning algorithm. Both methods showed hundreds of differences associated with spatial memory. Many of the variations in the genomes turned up in areas known to be associated with learning, memory, and neuron development in the brain."

The authors say many questions remain about the influence of spatial memory itself, including what role it may play in the female’s choice of a mate.

This release has been adapted with permission from Cornell University.