Molecular genetic studies of species are giving us clearer, more precise views of the natural world around us. These sorts of studies have the greatest public impacts when they reveal that a familiar species is actually two or more species.

For example, in the last 25 years, we have learned that African elephants are two species, a large one in savannas, a smaller one in forests. Killer whales show abundant variation in prey, transient vs. residents, and geographic area, and the number of species has increased from one to three species, but more are justified.

Giraffes, once thought to be a single species, are now four species, each with subspecies. But not all molecular studies increase the number of species.

Three species of redpoll finches have previously been described and recognized by scientists and birders: hoary redpoll (Acanthis hornemanni), common redpoll (A. flammea) and lesser redpoll (A. cabaret).

But identification of these is difficult, for species are described by variation in plumage color and pattern, body size, and beak length and depth. The difficulty is that all of these characters exhibit continuous variation rather than three distinct groups. Consequently, avian biologists have not reached consensus on the redpolls, and naturalists struggle with identifications. 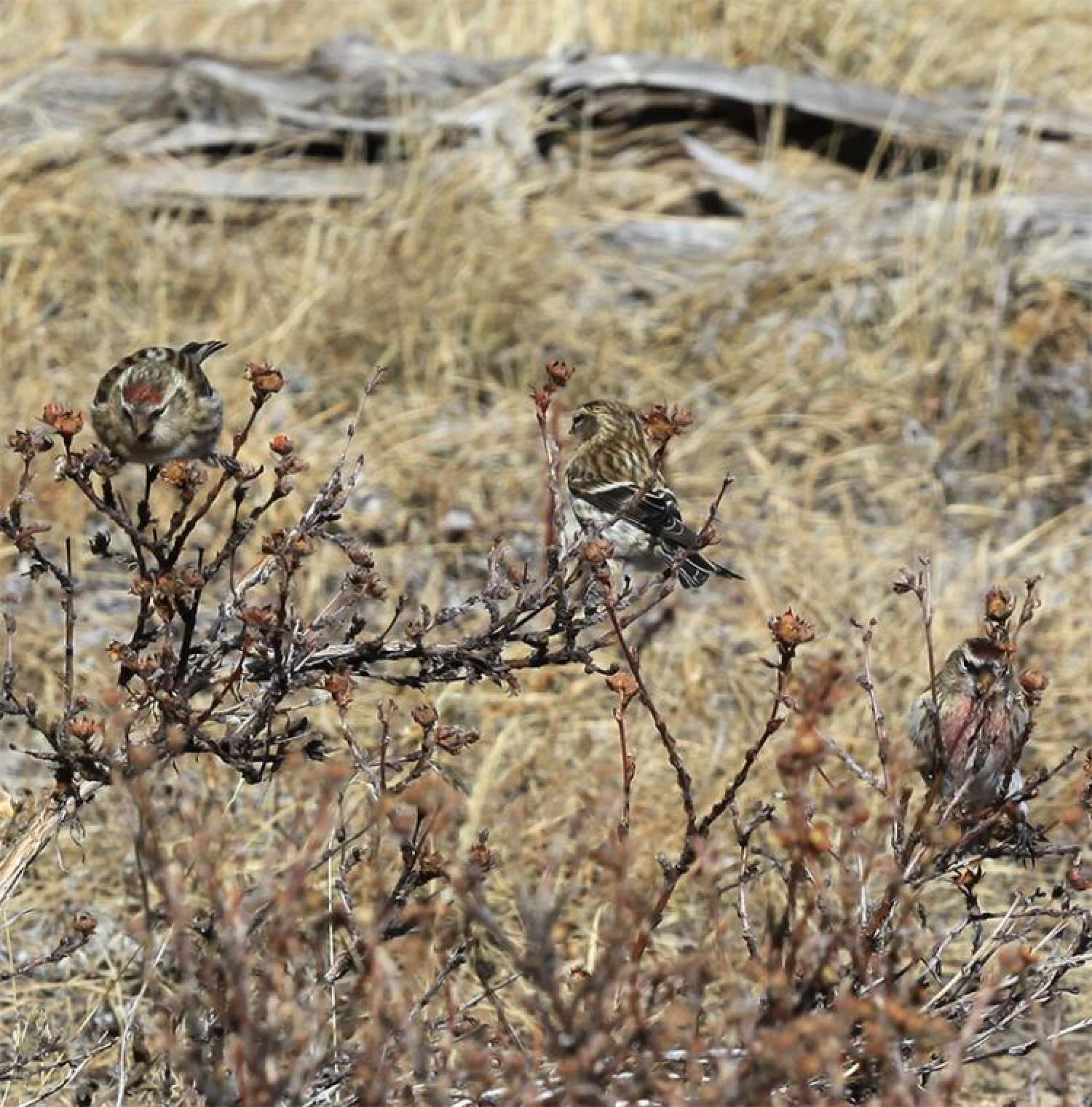 Thumbnail: The redpoll species previously recognized as Hoary (left), Common (center) and Lesser (right) are a single species (Drawings by Liz Clayton-Fuller). Above: A photograph of three Redpolls taken 10 years ago.

To examine variation in redpolls more closely and thoroughly, PhD student Erik Funk and Professor Scott Taylor, both in the Department of Ecology and Evolutionary Biology at CU Boulder, plus four of their colleagues, have conducted a genomic study of 73 redpolls sampled from North America, Europe and Asia.

Genomic scans detected 25 million single nucleotide polymorphisms with which they tested several hypotheses. First of all, they did not find significant differences among the putative species from which the sample was taken. That is, the genetic markers did not show the sort of differences among the putative species that reflect reproductively isolated species.

Furthermore, there was no signal to indicated that geography influenced the pattern of genetic variation. A faint signal was associated with the variation in plumage colors, beak size and body size that biologists used to identify the species but it was not what avian biologists would consider important.

Further analyses demonstrated that this length of chromosome 1 had two forms, with opposite order of genes in this fragment. This is called an inversion, and its significance lies in the fact that inversions reduce genetic recombination, so that the genes within the inversion are inherited as a unit—a supergene.

Funk and Taylor then sequenced the DNA in the supergene and found 498 genes. From what is known about the genes, some may influence pigments in the plumage, and others probably influence beak size and shape.

They refer to one supergene as A, and its inverse as B, and they find that the three genotypes of birds, AA, AB and BB, form clusters with different phenotypes. Genotype BB has a shorter, deeper bill, and its plumage has lighter hues and fewer streaks than AA, which has a longer, shallower bill with darker hues and more streaks in its plumage. The heterozygote, AB, is intermediate.

Beyond the supergene, genetic variation in the remainder of the genome exhibits the homogenization that would be produced in a randomly mating population. Clearly, this study shows support for a single species of redpoll that occupies the mid and higher latitudes of the northern hemisphere.

The supergene took both ingenuity and persistence to find and characterize, and it suggests several lines of investigation. I am intrigued by the pattern of morphological variation influenced by the alternate forms of the supergene.

Or perhaps plumage color and hue will cause birds to assort themselves in slightly different plant communities or habitats. Does the supergene genotype (AA, AB, BB) influence mate choice? Do closely related species of finch also have the supergene, or did it evolve within and spread throughout redpolls around the world?