Avani Fachon, a CU undergraduate with a major in ecology and evolutionary biology and a minor in media production, has created an honors thesis project as a multimedia, interactive website titled Rituals of this Good Earth: An Exploration of Barn Swallow-Human Interconnections. She is a National Science Foundation Post Baccalaureate Fellow in Rebecca Safran’s lab group.

For hundreds of years, barn swallows (Hirundo rustica) have built mud nests almost exclusively on human-made structures, such as bridges, barns, porches, doorways, sheds and culverts. This shared environment has led to a kinship between barn swallows and humans. Through this immersive website experience, Fachon explores the variety of connections which exist between the two species globally.

Why did you select barn swallows for your honors project?

I became interested in barn swallows when I reached out to Rebecca Safran during the summer of 2020 inquiring about doing an honors thesis in her lab. She showed me that a project combining art and science was a possibility and ceaselessly supported me in pursuing this interest. As I learned more about barn swallows from Dr. Safran, as well as the undergraduate, graduate and postdoctoral researchers in the Safran Lab, one characteristic that stood out to me was the swallows’ close association with human settlement and expansion patterns. Barn swallows and humans share a story of expansion and home.

From their attachments to anthropogenic structures, barn swallows and humans are deeply interconnected through geographical, cultural, historical and ecological landscapes. I became fascinated by how barn swallows are ever-present in our everyday worlds and are perceived and valued differently as they cross through our invisible human boundaries.

When I was younger, much of my world revolved around observing and learning about the natural world. I loved counting spots on ladybugs to “tell their age,” conducting my own research expeditions to uncover dinosaur bones, crouching in Boulder Creek to search for colorful stones and peering at crows and squirrels squabbling in crab apple trees through a set of tiny green toy binoculars. I used to tell people I wanted to be a paleontologist-doctor-veterinarian-artist when I grew up. I see this over-ambitiousness as the first signs I was interested in interdisciplinary endeavors.

How did you get the idea for telling a story about barn swallows using a multimedia approach?

I am interested in combining my deep fascination with the natural world with media-making to tell stories which motivate environmental conservation actions. In a 2018 article published in the Stanford Social Innovation Review, writer Ella Saltmarshe describes stories as “light, as glue, and as web.” Stories have the ability to educate, build community and prompt an audience to re-evaluate their narratives and beliefs. These are exactly the ways in which I hoped to use story to foster a deeper understanding of our incredible avian neighbors. By highlighting the stories of the 23 interviewees through a multimedia approach combining audio stories, animation, illustration, and found videos and photos, I hoped to create an immersive and engaging community outreach tool.

Given the project’s focus on global connectivity, choosing a format allowing for a high level of accessibility was key. Viewers from anywhere in the world can view the project, if they are able to access the internet and a computer. And Rituals of this Good Earth presents the content in five categories: language, art, culture, ecology and nesting. The interactive website format allows for the material to be categorized in a way that accounts for the viewer's interests and preferences, thus allowing for greater intellectual accessibility.

Why is the barn swallows’ story an important one to tell?

Community outreach projects such as Rituals of this Good Earth are critical at this point in time, as many birds, including barn swallows, have been declining at a rapid rate over the past few decades. Since 1970, there are 2.9 billion fewer breeding birds in North America, which is equal to a 29% loss of the breeding bird population. There has been a 32% loss in aerial insectivores since 1970, and an estimated two in five barn swallows have disappeared since this time. By presenting the many connections which we hold with the swallows, I hope the public will better understand the immense value of this species in our communities and take action to conserve them.

I feel that it is important to share the impact the barn swallows have had on people globally; I had no idea about this influence until I began conducting research and interviews for this project. Many people feel an immense sense of responsibility and caring for the birds. This species’ friendship is so special and worthy of being highlighted.

What do you want people to take away from your project?

Through highlighting these stories of barn swallow-human interconnections, I hope to remind people of the importance of interspecies friendships, as well as of our place within the vast web of life, rather than outside of it. We are a part of the barn swallows’ story, and they are a part of ours; this is something worth celebrating and conserving.

What are your plans after the NSF fellowship?

I hope to continue working on more projects combining research on ecology with media-making. I’m excited to see where the future takes me! 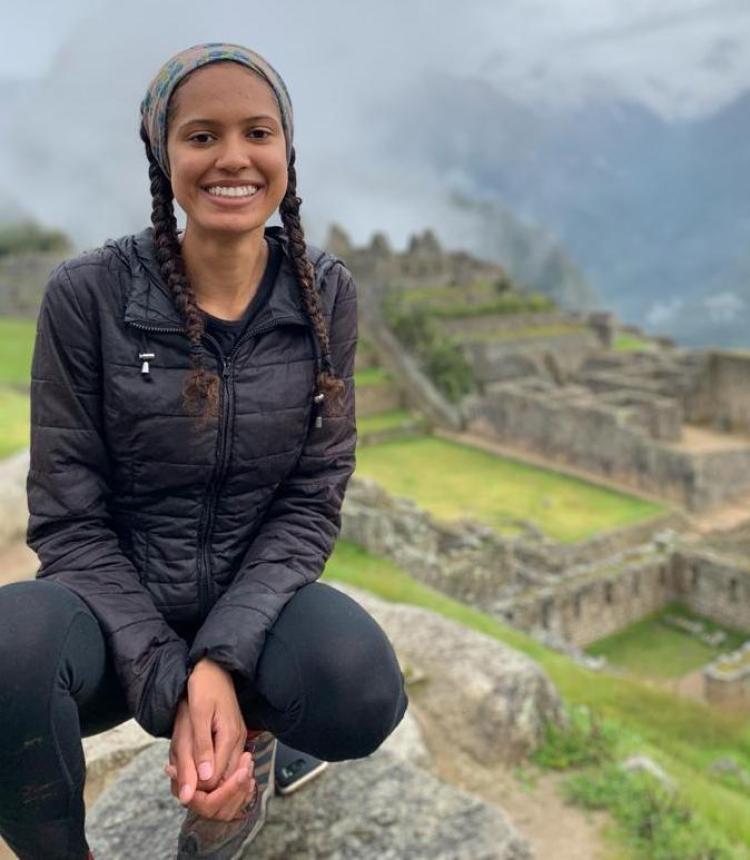 Rituals of this Good Earth

Editor’s note: The interactive website is browser-based and can be accessed from any laptop or desktop computer but is not compatible with phones. Viewers should have their sound on and press the full-screen button in the lower right corner of the screen for the best viewing experience.