Spending 10 hours a day in 100 degree heat trudging through the Australian bush may sound like most people’s worst nightmare, but for students Kika Tarsi and Erin Polka it’s all in a day’s work. Kika and Erin are involved in a research project being conducted by EBIO in partnership with CSIRO Australia known as the The Wog Wog Project. 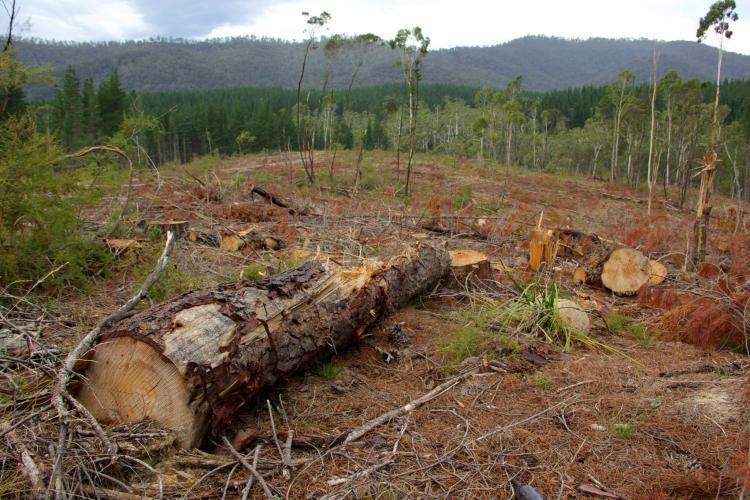 The Wog Wog Project is a study taking place in southeastern Australia which looks at how plants and animals are affected by habitat fragmentation. Habitat fragmentation occurs when a natural environment is divided into smaller pieces causing the physical layout of the environment to change.Kika first became passionate about the issue after studying how bird populations were being affected by habitat fragmentation. “I fell in love with the question so critical in today’s world: how do species cope with a diminishing, increasingly fragmented landscape?” explains Kika. Erin, on the other hand, got involved in the project after visiting Professor Kendi Davies’s Wog Wog lab on campus to photograph some of the more than 700 beetle species that are one subject of the study. “I was hooked. I was also engrossed long enough for Paige, an undergraduate assistant, to come in and casually mention that they were looking into hiring a new undergrad. Needless to say I jumped on it,” says Erin.

Researchers from the Wog Wog Project travel to Australia three times a year to collect beetles. To catch these samples pitfall traps containing a preservative are placed into the ground causing insects to fall in and die. However, obtaining these samples is no easy feat. “Days in the field are hellacious! We get drenched in torrential rain, spend half the day sawing through trees down in the road, constantly have to dig bogged trucks out of the mud and cook dinner huddled under a hole-ridden tarp.” explains Kika.

While days in the field may be strenuous and exhausting, Erin and Kika both agree that the people they have met on this adventure have made everything worthwhile. “Sitting around at night and hanging out together afterwards, chattering about science, make the long days totally worth it. In the end, we all manage to have a fun time,” Erin says. Kika also explains that she really appreciates the unique view that Australians have on ecological systems and knows it is something she could never find at home.

Ultimately, the Wog Wog Project hopes it can help scientists answer important questions about how habitat destruction contributes to the extinction of species and how to best cope with habitat fragmentation in the years to come. As Kika states, “The world’s forests are constantly in a state of crisis and that means everything for the biodiversity. I have never understood why people don’t see that. Saving biodiversity is saving ourselves, and yet we never take it seriously.”