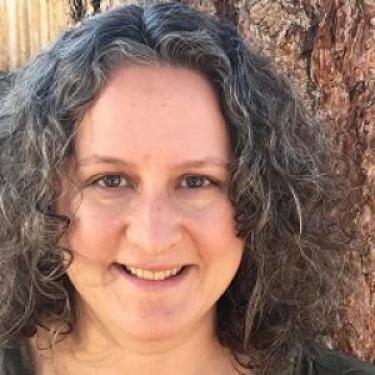 Associate Professor Phaedra C. Pezzullo joins CU-Boulder from the Department of Communication and Culture at Indiana University. Her research focuses on the mobilization of resistance to toxic pollution, the communication of resilience in what she calls “the late age of fossil fuels,” and the advocacy of environmental and social justice. With interdisciplinary training in the humanities and the sciences, she engages ethnographic participant observation fieldwork, qualitative interviews, popular texts across media, news archives, government documents and contemporary critical theoretical perspectives.

An award-winning teacher at the undergraduate and graduate levels, Pezzullo holds both a master’s and a doctorate in communication studies from the University of North Carolina at Chapel Hill. She earned two bachelor’s degrees from the University of Massachusetts Amherst—a Bachelor of Science in Natural Resource Studies and a Bachelor of Arts in Social Thought and Political Economy.

Starting July 2016, Pezzullo is the Director of BoulderTalks, reflecting her longstanding commitment to praxis on and off campus. She has served on and consulted with the International Environmental Communication Association’s Climate Negotiations Working Group at the 21st session of the Conference of the Parties to the United Nations Framework Convention on Climate Change (UNFCCC)/COP21), the American Bar Association’s Environment, Energy and Resources committee, the Sierra Club’s national Environmental Justice committee and the City of Boulder’s Planning Department.