From the Director of the Center for Values and Social Policy 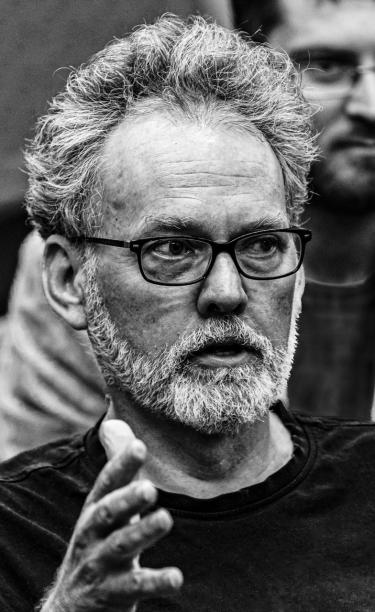 CVSP has been a very important institution within the Department of Philosophy for the last four or more decades. For the last several years Professor David Boonin has been the Director and he has done an amazing job building CVSP up into a vibrant hub of philosophical activity. When, at the beginning of the current academic year, David took over as Chair of the Philosophy Department, he stepped down from the Directorship. I was honored to be asked to step into the role.

Below you can read the long and interesting introduction to the Center that David posted as Director. It is too good to replace. In it you will find lots of interesting information about the programs that are affiliated with the Center, including: the Friday Lunchtime talks; the annual Rocky Mountain Ethics Congress; the Think! series; the Visiting Fellows program; the Ethics Bowl; and the philosophy outreach program to schools.

During the pandemic the various speaker series and meetings that we run are being conducted by Zoom. Despite the evident downsides of living our lives on Zoom, there are a few upsides. For example, we can zoom in speakers from far away, who we would not otherwise be able to feature. We can also welcome a wider audience. If, as you explore this site, any of the talks we are offering this semester interests you, please do not hesitate to email me (at oddie@colorado.edu) for the Zoom details. We would love to have you attend.

The scholars associated with CVSP are, as its name suggests, in the business of studying and trying to understand values. But the term values is ambiguous. It has both a subjective sense and an objective sense. Values can mean the subjective commitments and preferences which we happen to have in fact, and which motivate us and inform our lives. Values in this sense—that is, our contingent valuings—vary greatly from one person or group or society to another. But values can also mean the commitments and preferences that one ought to have, or that it would be good to have. The study of subjective values is, for the most part, the province of the social sciences. As philosophers we are, of course, interested in the knowledge about valuing that the empirical sciences yield. But most of our work as philosophers of value involves the second, objective, sense. We want to know which values it would be good to embrace, or that we ought to embrace.  Notoriously, there is widespread scepticism about whether there are any values in this second, normative sense. Some philosophers have argued there are no objective values. But value nihilism and value scepticism are both very hard to maintain in practice. And once one admits there are some objective constraints on valuing, we are bound by reason, logic and curiosity to elaborate  and develop consistent and coherent theories of value. To this end, CVSP is now running the Value Theory Workshop, in which  we will be hosting talks on cutting edge issues in value theory by internationally renowned value theorists.

I trust you will find something to interest you at the Center as you browse these pages, and I hope that we will be welcoming you to one of our events. This year everything is virtual, but we are optimistic that we will soon again be operating in the real world.

From the Chair of the Philosophy Department 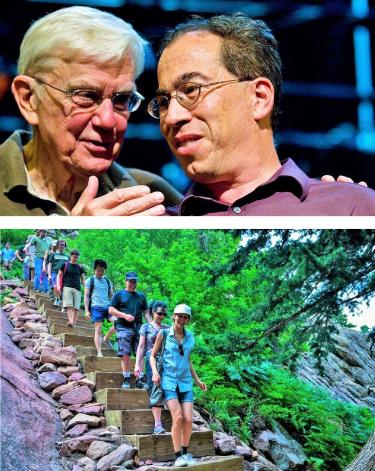 These two pictures illustrate a number of things that make the Center for Values and Social Policy a special place.  The one on the top was taken several years ago, right after I had moderated a CVSP-sponsored panel event discussing Judith Jarvis Thomson’s famous article, “A Defense of Abortion.”  It shows me with Don Marquis, one of the panelists. Marquis is the author of “Why Abortion is Immoral,” widely viewed as the single most important philosophical article arguing against abortion. I’m the author of a book called A Defense of Abortion, which defends the opposing view and which explicitly criticizes Marquis’s argument.  It’s hard to think of a more important and philosophically challenging issue relating to values and social policy than abortion, and hard to think of two people who disagree about it more than Don and I do. But as the picture of the two of us nicely illustrates, the event brought together people with different views for an evening of discussion that was friendly, respectful, and enjoyable. That particular event was aimed at a general audience, but the Center has also had Marquis to Boulder to give a keynote address at its annual Rocky Mountain Ethics Congress (RoME), a leading international gathering of faculty and graduate students in the field. Another panelist from that evening, John Martin Fischer, has also been a RoME keynote speaker, as has Thomson herself.  Don Marquis, Judith Jarvis Thomson, John Martin Fischer, these are three of the most distinguished senior scholars in the field, certainly among the most important contemporary philosophers who have written on issues involving values and social policy.  And their visits to Boulder are a testament to one important part of the Center’s mission: bringing leading thinkers to campus so they can interact in a friendly and productive way with our faculty and students and participate in public forums that bring them into meaningful dialogue with members of our local community.

The picture right below that one was taken a few years later, while I was leading a group of about thirty philosophers on our annual Saturday afternoon RoME hike. That’s me third from the front.  Immediately in front of me is Rivka Weinberg, a mid-career scholar at Scripps College who has done important work on practical issues in procreative ethics. Right behind me is Eden Lin, a young philosopher now at the Ohio State University who has already done significant work on more theoretical issues involving the nature of human well-being. Rounding out the group was a truly diverse collection of philosophers from around the country and across the globe, ranging from graduate students to established senior scholars and including people working on an almost bewildering range of subjects both theoretical and applied.  That picture evokes a number of additional things I truly value about the Center: its commitment to bringing people together from backgrounds that differ along many dimensions – personal, philosophical, generational, institutional – and providing a supportive and enjoyable environment for both formal and informal conversation. RoME is the Center’s signature annual event (you can read more about it here) and we are proud that it has become widely known and celebrated not only for the high quality of the work that is presented there each August but also for the welcoming, collegial environment it provides.

Finally, the picture at bottom of this page captures a moment that reflects why I was truly excited to serve as the Director of the Center: our willingness and eagerness to try new things as we continue to search for more ways to bring the importance of critical reflection on matters of value and social policy to our students, our faculty, and our local and professional communities.  The picture shows me presiding over the conclusion of the first annual Colorado High School Ethics Bowl Tournament, which was organized and sponsored by the Center this past February.  Ethics Bowl is a collaborative and competitive team-based activity, similar in some ways to debate, but with a focus on developing the ability to think critically and speak effectively about ethical issues.  This was a brand-new initiative both for us and for the state of Colorado.  The picture caught my hands assuming a kind of prayer-like position, clearly reflecting my nervousness about whether we could successfully pull off a kind of event that was so new to us.  But at the same time, I hope the expression on my face reflects some of the pleasure and pride we took in helping to introduce high school students from several cities in the area to this truly valuable and rewarding extra-curricular activity.

Bringing high school Ethics Bowl to the state of Colorado and serving as its official home is just one of several recent developments for the Center. The Center is housed in the Philosophy Department at the University of Colorado, but we have recently begun to do more to reach out and take advantage of the substantial amount of relevant expertise that is found in a number of other units on the CU campus. We have now assembled an impressive collection of CVSP Faculty Fellows from a variety of departments and programs within the College of Arts and Sciences – including Political Science, Economics, Environmental Studies, Sociology, and Women and Gender Studies – as well as from the Law School, the Business School, and the School of Education.  And these expanded contacts have enabled us to collaborate in new ways: bringing a broader range of perspectives to our weekly Center Talks and occasional Think! Talks, for example, and putting together interdisciplinary panel events on such subjects as “Indigenous Peoples and Climate Justice” and “Parental Rights and School Choice,” both successful and well-attended events that we could not have put together on our own. We have also launched a new CVSP Visiting Fellows Program that brings scholars to campus for extended stays during which they give talks and do guest presentations in classes while also conducting their own research and engaging in more informal interactions with our faculty and students.  At the end of just its second year, our Visiting Fellows Program has already brought to campus an exciting mix of relatively junior, senior, and even distinguished emeritus faculty, and has featured philosophers from the United States, Great Britain, and Cameroon, representing institutions in the United States, Great Britain, Sweden, and Switzerland. 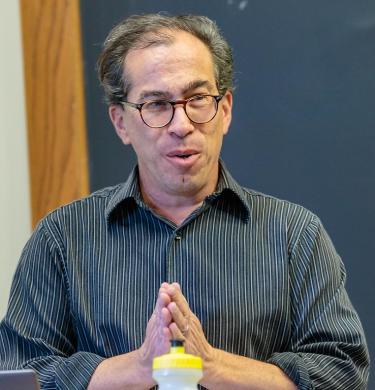