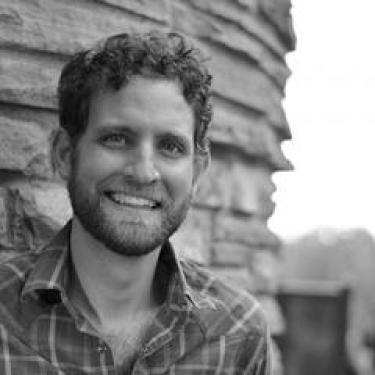 David Ciplet is a sociologist focused on issues of global political economy, environmental inequality, and climate justice. From the negotiating halls of the United Nations to community center meeting rooms, his research uses participatory qualitative methods to explore processes of power and social change in climate change, energy and adaptation politics. He is concerned with uncovering how related policies unequally impact socially marginalized groups, and the possibilities to achieve more environmentally just processes and outcomes.

His book, with Timmons Roberts and Mizan Khan, Power in a Warming World: The New Global Politics of Climate Change and the Remaking of Environmental Inequality (MIT Press, 2015), explores how we arrived at an inequitable and scientifically inadequate international response to climate change, and what is needed to shift course. His research has been featured in journals such as Global Environmental Politics, Global Governance, and Social Movement Studies. With a commitment to broadening the public conversation on climate justice, his work has also been featured in media outlets including, The New York Times, Washington Post, The Guardian, Bloomberg Businessweek, Reuters, Radio Australia, and The International Herald Tribune.

Ciplet’s current research investigates forms of privilege and inequality in international climate adaptation projects. He is a founding member and Executive Co-Director of the CU Boulder Just Transition Collaborative, which works to ensure that transitions to sustainable energy are rooted in the leadership and needs of those most directly impacted by forms of social and environmental inequality. As part of this work, he is currently working with community partners to ensure an equitable and socially just transition to a renewable energy economy in the city of Boulder.

Ciplet also conducts research on the political dimensions of international climate change finance and related policies.. His recent work in this area is in partnership with AdaptationWatch, a world-wide collaborative of organizations focused on improving equity, transparency and participation in climate change adaptation.

Ciplet is passionate about research and teaching that engages directly with community and policy organizations to work for social and and environmental justice. He is recipient of the Robert Dentler Award for Outstanding Achievement, from the American Sociological Association Section on Sociological Practice and Public Sociology and is a Switzer Fellow alumnus. He works to create a classroom environment where students can engage critically and directly with real world problems. At CU Boulder, he teaches courses including Environmental Justice and Community Engagement; Waste and Global Justice; and Power, Justice and Climate Change.

Prior to earning his Ph.D. from Brown University, he was co-founder of the Climate and Development Lab, focused on engaged research for a more just approach to international climate policy. He has also produced numerous international policy reports, worked for U.S. and international NGOs on community and policy issues of waste, energy, and climate justice, and as a middle school teacher focused on experiential education. Ciplet is an avid trail runner, mountain biker, and backcountry skier, novice guitar player, lover of good fiction, grateful husband, and father of three amazing and energetic children.