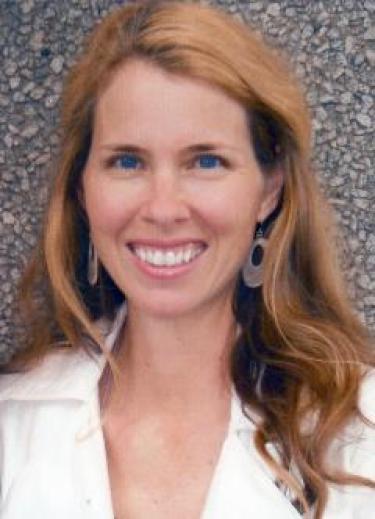 Beth Osnes is an applied theatre practitioner, a theatre scholar, and a solo performer.  She is passionate about using theatre as a tool for women to empower their voices for participation in the development that impacts their own lives and communities (see her most recent book Theatre for Women's Participation in Sustainable Development, Routledge 2014).  Her Vocal Empowerment Workshop has been hosted by international non-governmental organization and universities in India, Ethiopia, Panama, Namibia, Guatemala, Vietnam, Malaysia, Nicaragua, the Navajo Nation and in cities across North America.

Beth is a co-founder of Inside the Greenhouse, an endowed initiative on the CU campus to celebrate creative climate communication.  With Mothers Acting Up (2002-2011), Beth toured a program in partnership with Philanthropiece Foundation entitled, The (M)other Tour, to locations around the world to create a global community of mothers moving from concern to action on behalf of their most passionate concerns. This program consisted of a one-woman show written and performed by Osnes, (M)other, and the Empowering Mother Voices workshop, also created and facilitated by Osnes.  From 2009 to the present, she has been developing a methodology specific to gender equity in clean energy development using theatre as a tool to include the voices of the women living in poverty in the planning and implementation of development projects. She has presented on this work at the World Renewable Energy Congress in Abu Dhabi in 2010, the World Renewable Energy Forum in Denver in 2012, and the United Nations Earth Summit in Rio in 2012.  She has published books and many articles on women’s vocal empowerment, gender equity in sustainable development, mothering, activism, and the Asian performing arts.

Recent solo performance work by Osnes can be viewed on her web-based performance site, Striking the Match (www.strikingthematch.org), brief, mostly funny videos to illuminate social issues and ignite positive social change.  Her work on women's empowerment and aspects of her personal life are featured in the award-winning documentary, Mother: Caring for 7 Billion (www.motherthefilm.com). As a Fulbright Scholar in Malaysia, she conducted field research on the traditional shadow puppet theatre, and published her book The Shadow Puppet Theatre of Malaysia-A Study of the Wayang Kulit with Performance Scripts and Puppet Designs (McFarland, 2011).  She has conducted original field research on the performing arts throughout much of Southeast Asia and has published on this subject in The Asian Theatre Journal, South Asian Popular Culture, World Encyclopedia of Popular Culture (Greenwood Publishing Group), Turning the Wheel, and The Quest (a journal of the Theosophic Society).