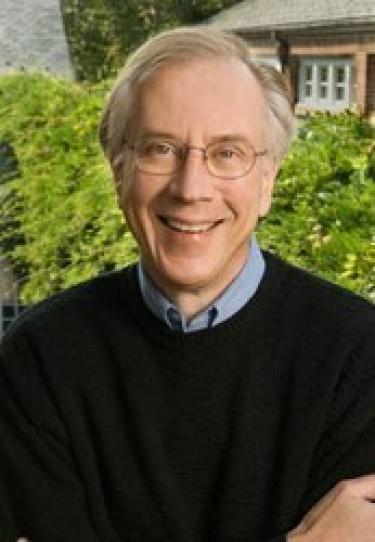 Professor Cech's name is pronounced like "check." Cech was born to parents of Czech origin (his grandfather was Czech, his other grandparents were first-generation Americans) in Chicago, he grew up in Iowa City, Iowa.  In junior high school, he knocked on the doors of geology professors at the University of Iowa, and asked them to discuss crystal structures, meteorites and fossils!

Professor Cech's main research area is that of the process of transcription in the nucleus of cells. He studies how the genetic code of DNA is transcribed into RNA. In the 1970s, Cech had been studying the splicing of RNA in the unicellular organism Tetrahymena thermophila when he discovered that an unprocessed RNA molecule could splice itself. In 1982, Cech became the first to show that RNA molecules are not restricted to being passive carriers of genetic information – they can have catalytic functions and can participate in cellular reactions. RNA-processing reactions and protein synthesis on ribosomes in particular are catalysed by RNA. RNA enzymes are known as ribozymes and have provided a new tool for gene technology. They also have the potential to provide new therapeutic agents – for example, they have the ability to destroy and cleave invading, viral RNAs.

Cech's second area of research is on telomeres, the structure that protects the ends of chromosomes. Telomeres are shortened with every duplication of DNA, and must be lengthened again. He studies telomerase, the enzyme that copies the telomeric sequences and lengthens them. The active site protein subunits of telomerase comprise a new class of reverse transcriptases, enzymes previously thought to be restricted to viruses and transposable elements. Telomerase is activated in 90% of human cancers. Therefore, a drug that would inhibit its activity could be useful in treating cancer.

Cech's work has been recognised by many awards and prizes including: lifetime Professorship by the American Cancer Society (1987),the Louisa Gross Horwitz Prize from Columbia University(1988), the Heineken Prize of the Royal Netherlands Academy of Sciences (1988), the Albert Lasker Basic Medical Research Award (1988), the Nobel Prize in Chemistry (1989, shared with Sidney Altman) and the National Medal of Science (1995).[5] In 1987, Cech was elected to the United States National Academy of Sciences and in 1988 he was elected to the American Academy of Arts and Sciences. In 2007, he received the Othmer Gold Medal for outstanding contributions to progress in chemistry and science.