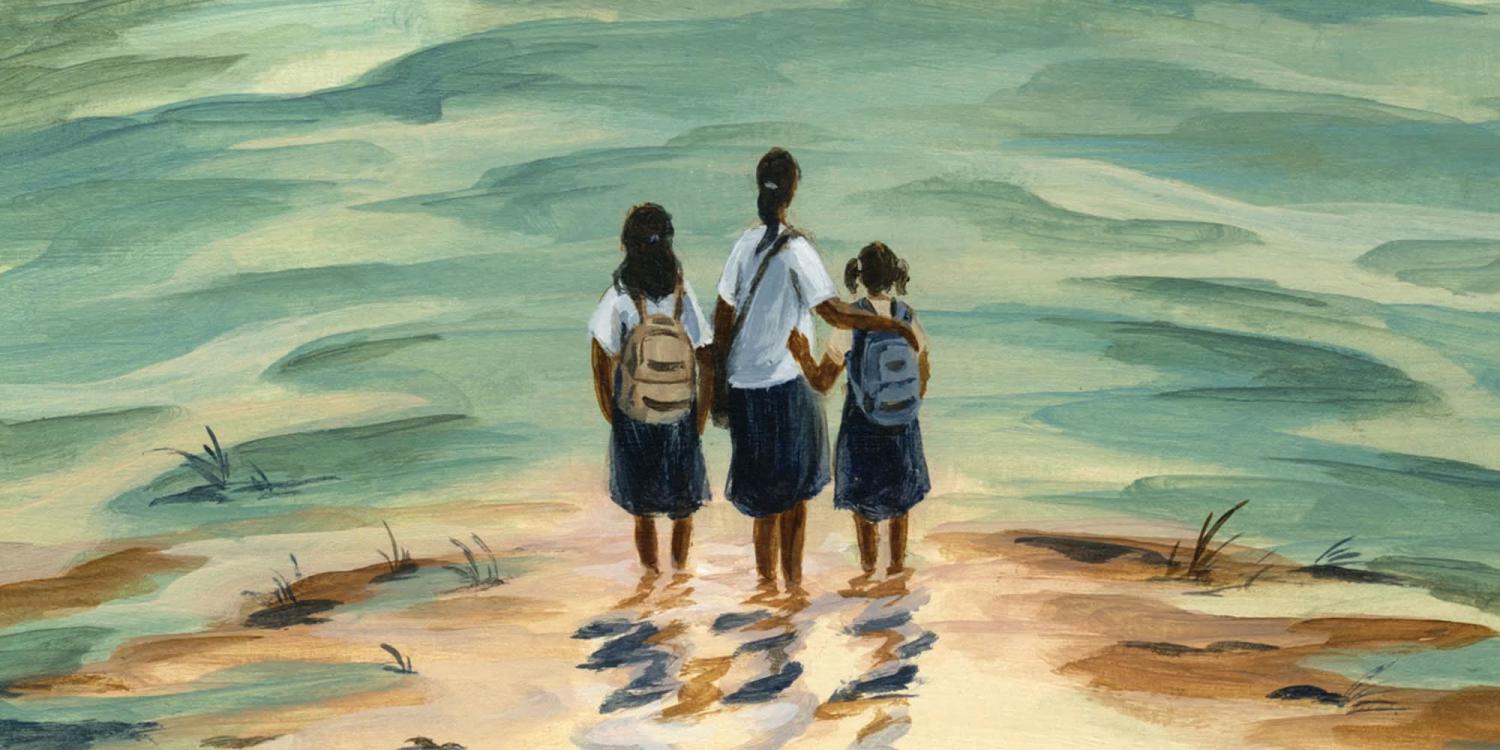 Letters to the Editor

Congratulations on the Summer 2022 issue of the Coloradan. If we ever manage to get a handle on climate change, it will be because people like you had the sensibility and made the effort — particularly with young people — to bring a critical mass of these stories out of the woodwork. Keep up the good work!

Global conditions have never been more positive for humans. Modern humans had a life expectancy of approximately 25 years for the past 100,000 to 300,000 years. Access to energy in the modern industrial world has taken that to 79. We have the lowest rates of weather-related deaths in human history despite the highest global population ever. Justice for humans has really only been achieved since 1900 and it has progressed ever since. Seems negativity has overwhelmed the Coloradan’s perspective. 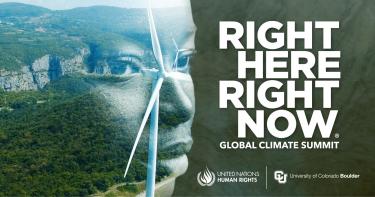 I am gratified to learn that global advocate for Indigenous rights and health Sheila Watt-Cloutier will be the Day 1 keynote speaker at the Right Here, Right Now Global Climate Summit hosted by CU this December 1–4, 2022. In a recent interview with Polly Russell, head of the Eccles Centre for American Studies at the British Library, Sheila lamented: “I often question if the COP meetings [UN Climate Change Conference of the Parties] are now obsolete.”

To give context to her observation, since the inaugural COP1 in 1995 up to the most recent COP26 in 2021: World emissions of CO2 from burning fossil fuels have increased 48%; atmospheric levels of CO2 have continued their relentless rise; and fossil fuels remain the dominant source of global energy, providing 85.6% in 1995 and 82.3% in 2021.

To be blunt yet hopefully not unkind, the world’s manifest failure in achieving Justice for Earth and Justice for Humans will not be achieved through “a human rights-based approach to climate solutions” to “solve the crisis that is affecting the most vulnerable among us” [Summer 2022 Coloradan, page 48].

I revel in penetrating questions informed by a fuller understanding of the nature and scope of the problem. I find hope and creativity in working within a framework sufficiently comprehensive and coherent to develop solutions. This is why I have created a nonprofit, the Floriescence Institute, so that the dreams of Sheila and so many others who have given so much of their lives toward these goals might be realized. 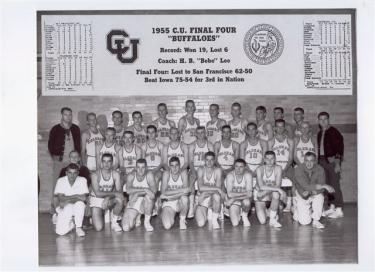 With all the deserved accolades about recently deceased NBA legend Bill Russell, there is one local connection, so to speak. In 1955, CU made it as far up in the NCAA Men’s Basketball Tournament as they will probably ever get. The Final Four that year (using a term not yet coined) were LaSalle, University of Iowa, University of San Francisco and CU. CU’s two leaders were Burdette (Burdie) Haldorson (PE’55), 6'10", and Bob Jeangerard (Mgmt’55), a 6'7" forward, and the coach was Bebe Lee. They made it through the 24-team bracket to the finals in Kansas City, only to meet up against the USF Dons, featuring Bill Russell and K.C. Jones, who defeated the Buffs 72-60. Back then, there was a “Third Place Championship Game,” held before the finals on the same night. CU got some satisfaction in beating Iowa for the consolation prize.

[Editor’s Note: All three players — Haldorson, Jeangerard and Russell — also won a gold medal in basketball playing for the U.S. in the 1956 Summer Olympics in Melbourne, Australia.]

One of my outstanding memories of my late-’60s undergrad years at CU was a lecture by William F. Buckley, founder of National Review magazine. The auditorium was packed. There was some booing as Buckley’s sponsor, someone from the Coors family, walked in to introduce him. I remember Mr. Buckley, walking behind him, laughing off the incident. We were not paragons of virtue back in those days, but as Mr. Buckley spoke, everyone listened politely, whether they agreed with his ideas or not, and most did not.

Would that happen at CU now, in 2022? Could someone give a public lecture at CU who disagreed with the track CU seems to be on now, judging by ideas presented in the Summer 2022 issue of the Coloradan? Would that person be allowed to speak and be listened to politely? Or would he/she be booed off the stage, canceled by students or maybe not allowed to speak at all by administrators? If opposition is allowed, well and good. If opposition is not allowed, or if opposition results in ugly ad hominem attacks, it’s not education that current CU students are getting, but political proselytizing. Opposition needs to be allowed and respectfully listened to for real education to occur.

Thanks to Dr. Jane Menken for her great work for Bangladesh [“The Bangladesh Miracle,” Spring 2022], also thanks to the editors for publishing it. I love stories like this. 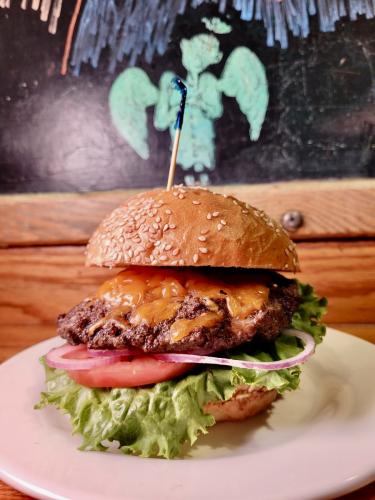 Nostalgia for The Sink

Seeing the picture of The Sink and reading cartoonist Bob Harvey’s (Edu’59) comments in the last Coloradan brought back good memories. The Sink owners, employees and customers, of course, are a talented and clever bunch.

One year, in the early ’60s, an announcement was painted on the Pennsylvania Avenue side center window, complete with a bright red hammer and sickle: “To celebrate May Day we will be serving red beer all day. Bring your friends and comrades. Free beer to all card-carrying communists!”

Sometime in the early morning hours of May 1, someone threw a brick through the window. The mess was cleaned up and another sign was put up immediately: “Last night an overzealous patriot threw a red, white and blue brick through our window, but the party will go on featuring red beer.”

The Sink hickory burgers were great. The grill was not large but created a lot of grease-laced smoke. About once a year there would be a grease fire, and patrons would be ushered out into the street to watch and serenade the firemen who put it out from the top of the roof. The next day The Sink would advertise: “Fire sale. Twenty-five cent pitchers, all day.”

Happy 100th anniversary to The Sink, and thanks for the memories.

Your article in the Summer issue [“A Tribute to Boulder Creek”] about Boulder Creek brought back fond memories. In the late 1960s I lived in a Marine Street apartment with three roommates. We would occasionally run out of food money at the end of the month, and I would be requested to bring back a mess of trout from Boulder Creek. I was an adept trout fisherman, having been raised in the Catskill Mountain’s area of New York State. So we never went hungry without a dormitory meal plan! In fact, we were better off. We could complement our rainbow trout meal with Walter's beer on sale for 69 cents a six-pack.

Recognition of a Lifetime

Nothing can compare to the education I received at CU Boulder and Denver. And nothing can compare to the reception I got as a Vietnam veteran at the 2022 commencement ceremony [Table of Contents photo, Summer 2022]. I was deeply touched by the cheers, and for once I felt the sincerity behind the simple phrase “Thanks For Your Service.” I’ve shared the articles with some of my veteran friends, especially those I worked with as editor of the two Army newspapers I worked on during my service in Vietnam and Fort Benning, Georgia.

Excellent article about Sara Sawyer ... thank you for sharing. I am most interested in her work and am so thankful that we have such talent trying to stay one step ahead of viruses!

I love how these articles are less than five-minute reads. Appreciate the layout and the mix of history and personal anecdotes. I added The Way Things Ought To Be by Gregory Hinton (Bus’77) to my reading list.