In 1968, Frank Webb (PolSci’68) earned a degree from CU Boulder but didn’t lay eyes on the diploma until 1971, when he returned home after serving in the Vietnam War. More than 50 years later, Webb is headed to Folsom Field Stadium to participate in something the war prevented him from doing in the 1960s — attending a commencement ceremony. At 76 years old, he’ll make the trip from his home near Snohomish, Washington, back to Boulder to celebrate alongside the Class of 2022.

“I’ve been back to campus a number of times as my heart is at home in Boulder,” said Webb. “But this time will be special for me, special like no other.”

Webb grew up in a family of six who followed his father’s career across the country until they settled in Englewood, Colorado. It was there, at Englewood High School, that teachers inspired him to pursue a life of learning along with his mom’s repeated encouragement to enroll in college. After initial semesters at Iowa State University and CU Denver, Webb made the shift to Boulder.

“A few unofficial visits to CU Boulder made me fall in love with the campus — the open air of Boulder and the vibrant student body, which included some of my classmates from Englewood High School,” he said.

And so, in 1965, he enrolled, majoring in political science with a minor in sociology. During his senior year, he even dabbled with a couple of 4000-level law classes, which instilled in him a deep respect for American law and its history.

“Many brilliant people and great instructors at CU gave profound meaning to my experience of a college education,” said Webb. “And I was always deeply involved in the fine thinking — and debate — of my peers. I never missed a single CU football home game at Folsom Stadium; after all, season football tickets for CU students were $6!”

But it was also during this time of passionate studies and weekend football that the Vietnam War and America’s military involvement in it escalated. While demonstrations and student protests took hold on the CU Boulder campus, Webb devoted his time and energy to his studies. Webb finished his senior year just when a notice arrived at his parents’ house directing him to report for service. When recalling what he felt when learning that he would be drafted to serve in the U.S. military during the war, Webb summed it up: “Fear, fear and more fear.”

"I woke up one day and realized that attending commencement, taking the walk … simply have deep, inexplicable meaning to me."

Despite his trepidation, Webb reported for duty and learned to enjoy the physical conditioning of Army Basic Training and subsequent armorer training. Then, in March 1969, he was deployed to Ban Me Thuot, Cam Ranh Bay and Ho Chi Minh City (then known as Saigon) in Vietnam. It was early in his deployment that his affiliation with CU helped him serve in a different capacity. While in the group shower facility, a fellow serviceman noticed Webb’s CU class ring. Webb told him about his studious background at CU — including the political science and English composition courses he’d taken — all of which prompted a fortuitous suggestion: apply for a job as editor of The Crusader, a military newspaper for the 35th Group.

Webb got the job and improved the quality of stories and editorial direction for the paper — a position that allowed him to stay further removed from jungle combat. But the position wasn’t without danger. As part of improving the publication, he worked with a mapmaking facility 40 miles away to shift the paper from mimeograph to offset printing, complete with professional photography of engineering functions and copy from Stars & Stripes, the official military news service. This required flying, building roads and traveling Vietnam by Jeep.

“One sniper’s bullet missed me by no more than 10 feet,” Webb recalled. “No one is ever safe in a combat zone.” 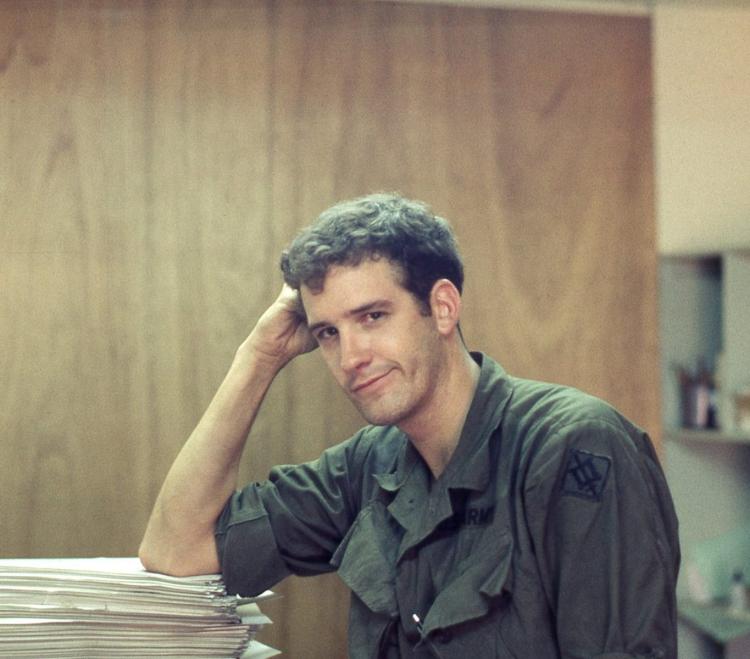 After completing his service, Webb returned to the U.S. and got married (he and his wife Colleen just celebrated 47 years of marriage). Together, they settled in Washington and raised a special needs daughter, fostered a child from an abusive home and adopted another girl. Webb reignited his love of learning, taking a series of computer programming and accounting courses to help lay the foundation of a decades-long career in communication engineering and programming. Though retired, at age 76 Webb still works as a bus driver for a large school district north of Seattle. 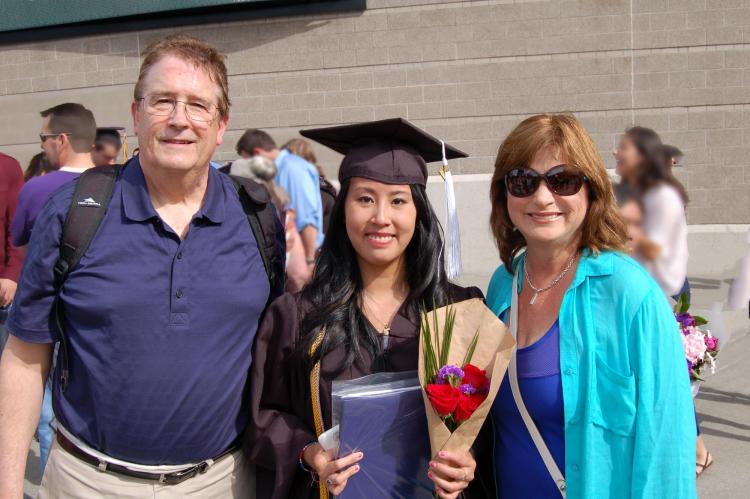 “I find it enjoyable, even when jousting mentally with middle-school kids who come to the task mentally unarmed, driven only by peer pressure and hormones,” he said. “I knew all that psychology and sociology would come in handy someday.”

After a busy life of family and work, Webb decided that 2022 would be the year that he finally returned to the CU Boulder campus to take part in the lifetime milestone he missed decades before — commencement.

“I’ve been hustling to keep working, and I woke up one day and realized that attending commencement, taking the walk … simply have deep, inexplicable meaning to me,” he said.

Webb will take part in the Class of 2022 spring commencement ceremony on Thursday, May 5, in honor of his mother and daughter.

“I want to complete the promise I made to my mother, though she’s passed, and to show my adopted daughter that, yeah, commencement has meaning to the mind and the soul, representing on a piece of bond paper the effort, the study, the joy of discovery — that ‘aha’ moment repeated many times, culminating in ceremony and celebrating the achievement that says, ‘I did it.’”

After walking in his cap and gown, Webb will take part in one more longstanding Boulder tradition — trekking to The Sink to celebrate with his wife.