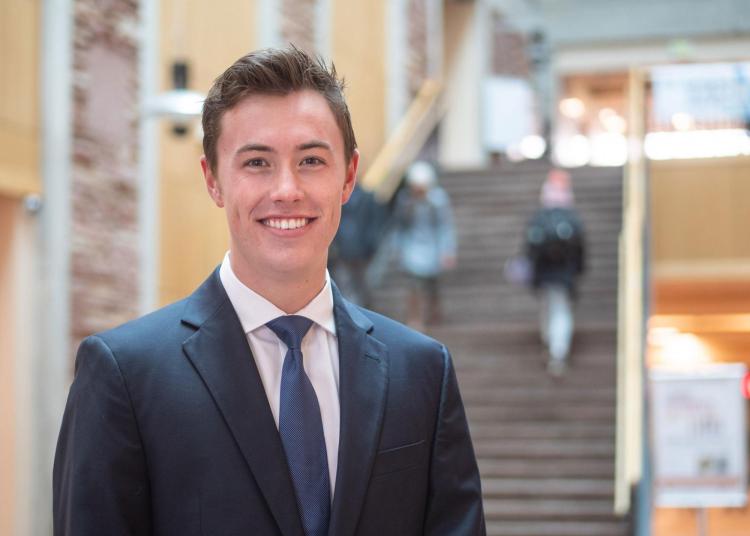 For the second year in a row, CU Boulder can claim a Rhodes Scholar.

In November, Boulder native Jake Reagan (PolSci, Span’20) was awarded a 2020 Rhodes Scholarship. Prior to 2018, when Serene Singh (Jour, PolSci’19) received the distinction, a CU Boulder student had not received the prestigious scholarship in 25 years.

Reagan will join 31 other American students for a fully funded master’s degree at the University of Oxford in the fall. He intends to study international relations and ultimately return to Colorado to serve his community.

“I’m hoping to study how communities like Boulder or Denver can respond through policy to the changing economic environment of our world,” said Reagan, citing such changes as job offshoring, education funding and increased migration.

His call to public service began his freshman year. In October 2016, Reagan was in Spanish class in the CU humanities building when a mass student text suggested an active harmer was possibly on campus.

“I’m hoping to study how communities like Boulder or Denver can respond through policy to the changing economic environment of our world.”

“We tried to find a room with a lock in the building and couldn’t find one,” said Reagan.

While the active harmer situation that day was ultimately not the result of someone with a firearm, the experience changed him.

“I thought we needed to improve the safety protocols at CU,” said Reagan, who was elected one of three CU Boulder student body presidents in 2018, and became a staunch advocate for gun violence awareness and civil discourse.

Reagan interned with Senator Michael Bennet through the CU in D.C. program, founded a student group on campus called The Dialogue Initiative to discuss key campus issues and was mentored by Nobel laureates involved with the PeaceJam Foundation. He also volunteers as a Spanish translator for families involved with Boulder’s Emergency Family Assistance Association.

“[Reagan is] a remarkable young man with deep integrity, a clear vision and the capacity for action that will allow him to continue to make a difference on campus, in the state of Colorado and beyond,” Chancellor Philip P. DiStefano wrote to the Rhodes selection committee.

As he wraps up his time at CU, Reagan plans to enjoy his home state.

“I want to hike some more 14ers before I leave,” he said. 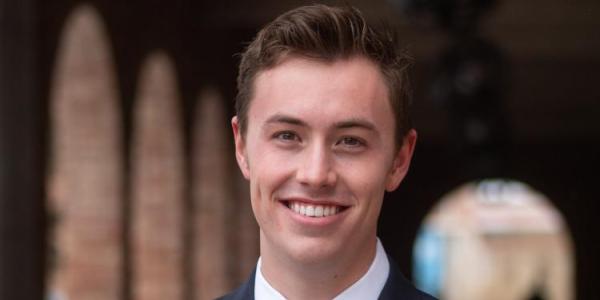 Senior Jake Reagan has been named a 2020 Rhodes Scholar, becoming the second CU Boulder student to win the prestigious scholarship in as many years. END_OF_DOCUMENT_TOKEN_TO_BE_REPLACED 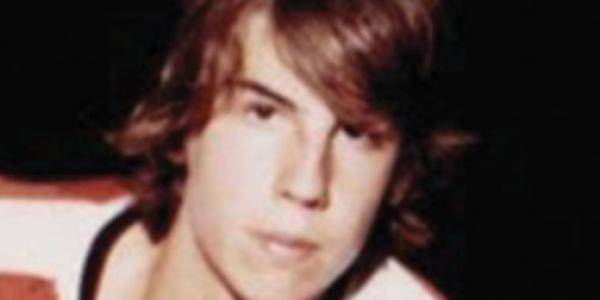 A scholarship in memory of Michael Hoza provides scholarship to several students each year. END_OF_DOCUMENT_TOKEN_TO_BE_REPLACED 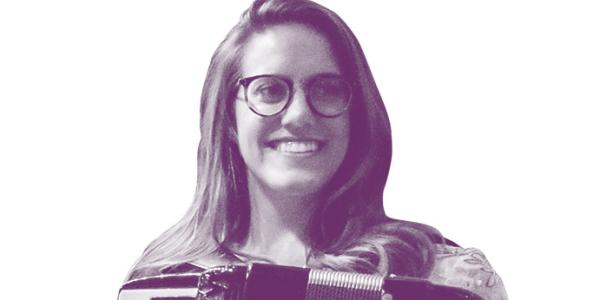 To Finland, with Love

A student's musical homage to a nation wins a hearing before the ambassador. END_OF_DOCUMENT_TOKEN_TO_BE_REPLACED