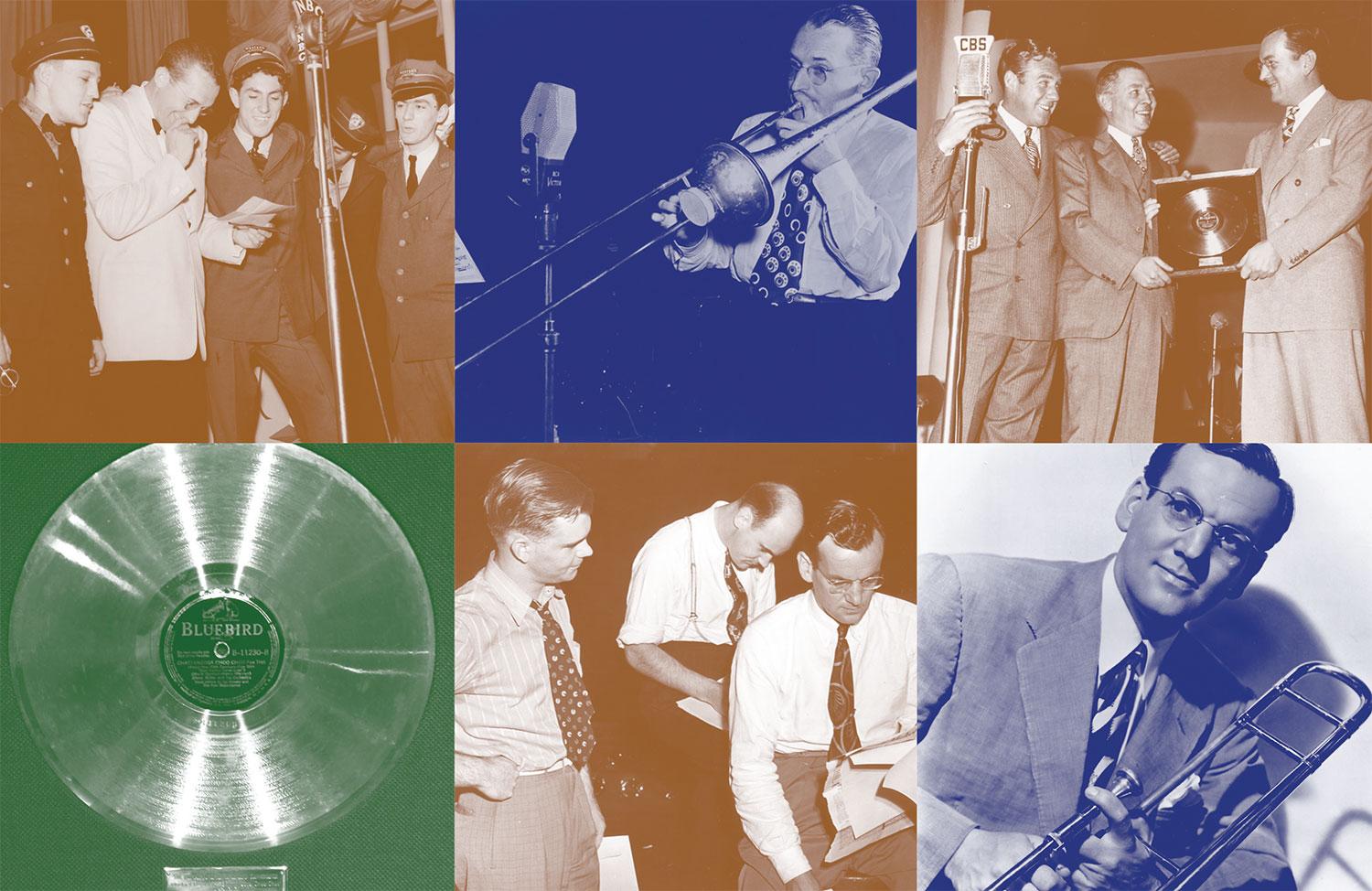 In 1958, the Recording Industry Association of America (RIAA) began awarding gold records to musicians for albums or songs selling at least 500,000 units. Elvis Presley racked up 90.

But the gold record had actually made its debut as a symbol of commercial success in music more than a decade earlier. The first one went to Big Band leader Glenn Miller (A&S ex’26; HonDocHum’84).

In 1942, Miller’s record label, RCA Victor, wanted to recognize him for selling a groundbreaking 1.2 million records of his single “Chattanooga Choo Choo.” During a live broadcast, the label presented him with a framed copy of the record sprayed with gold paint.

Other record companies adopted the tradition for their own mega-selling artists, and RIAA later established a formal certification program.

It’s all thanks to a peppy song about a train.

It made you want to forget your troubles and dance.”

“‘Chattanooga Choo Choo’ was the most popular record Miller ever made,” said Dennis Spragg, author of Glenn Miller Declassified and senior consultant to CU Boulder’s Glenn Miller Archive and American Music Research Center. “It was in the Billboard top 10 for 21 weeks in a row, and was No. 1 for nine weeks in a row.”

Written by Mack Gordon and Harry Warren, the song tells of a man traveling from New York via train to meet his beloved in Chattanooga, Tenn. It was first recorded by Glenn Miller and His Orchestra and appeared in the soundtrack of the 1941 movie Sun Valley Serenade.

The film’s success spurred record sales, and the song hit Billboard's No. 1 spot in November 1941. It remained there until “A String of Pearls” — another Glenn Miller song — bumped it in February 1942.

“Choo Choo” was a source of brightness in somber times. During its run on the charts, Japan bombed Pearl Harbor and America entered World War II.

“With an upbeat message and a lively tempo, [the tune] made you want to forget your troubles and dance, ” said Miller’s daughter, Jonnie Miller Hoffman (A&S ex’67).

In 1942 Miller, who attended CU for three semesters starting in 1923, enlisted in the military and founded the Glenn Miller Army Air Force Band. Two years later a plane carrying him to a Paris performance vanished over the English Channel. He was never seen again.

But his music — and his gold record — remain with us today: Hoffman recently donated it to CU. You can view it at the Heritage Center in Old Main.

Saxophonist Tia Fuller can tell you all about pop-star life. END_OF_DOCUMENT_TOKEN_TO_BE_REPLACED

Folk music in the 1960s. END_OF_DOCUMENT_TOKEN_TO_BE_REPLACED 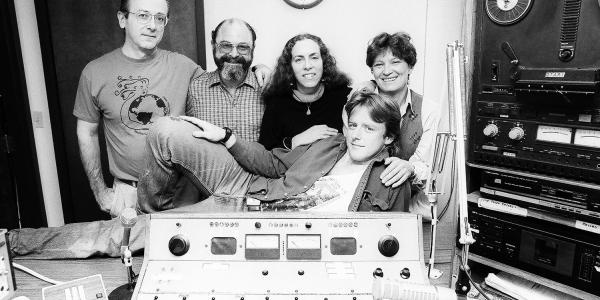