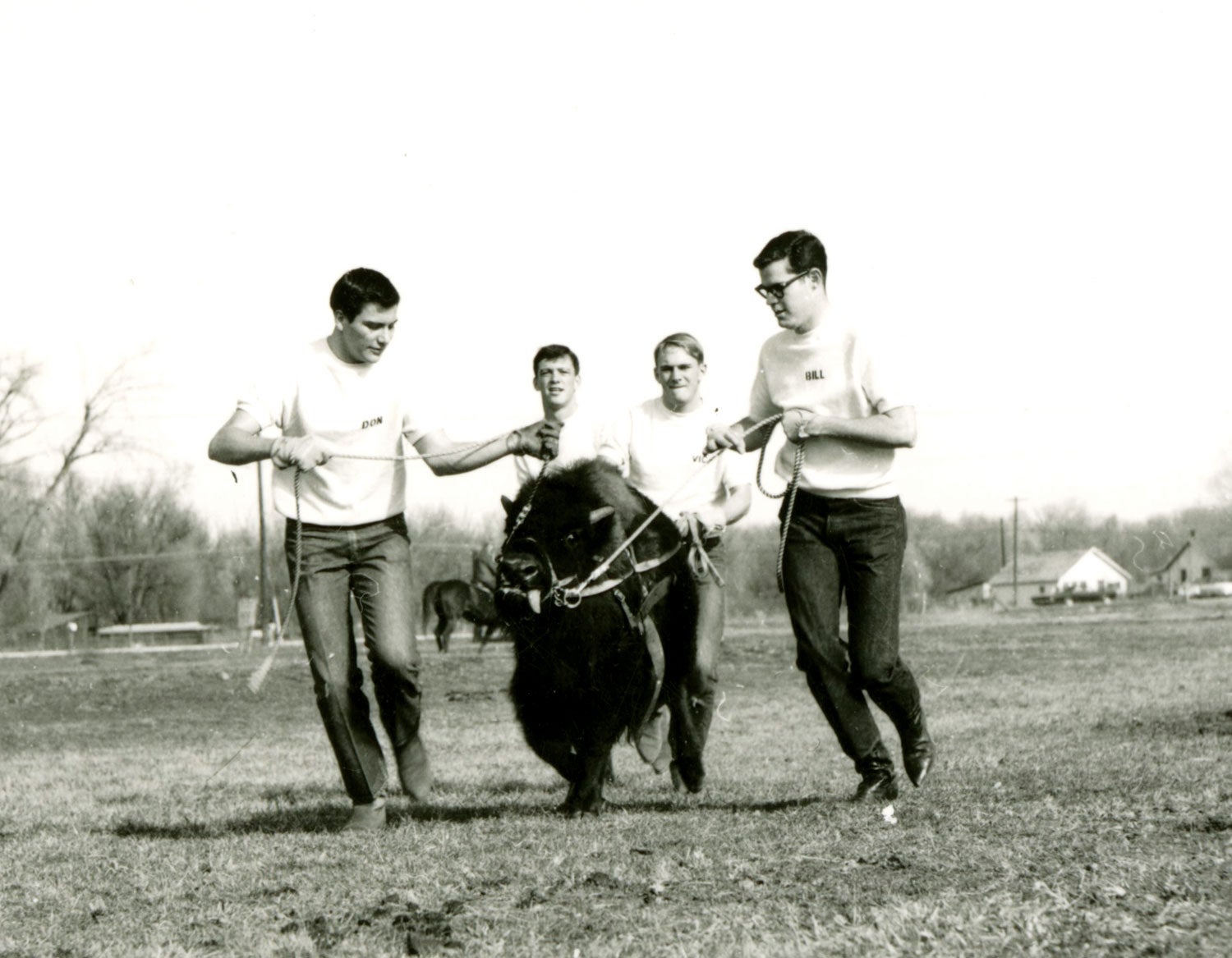 A Buffalo For the Buffaloes

As a CU freshman in 1965, Bill Lowery (Bus ex’69) was shocked to see a costumed buffalo at Buffs football games instead of the real thing.

“I grew up in Texas and in the Southwest Conference,” he said. “I was used to seeing live mascots.”

So the cowboy from Lubbock acted: In fall 1965 he proposed a permanent live buffalo mascot to the Silver and Gold freshman spirit committee.

The idea was a hit, and the group assigned him the key task of finding a buffalo.

By summer 1966, Ralphie I was in Boulder, readying for action.

She wouldn’t be the first buffalo to appear at a CU football game — others, rented or borrowed, had made sideline appearances since at least 1934, when CU adopted “buffaloes” as its nickname. But the arrival of Ralphie I, a calf from Colorado’s northeastern corner, set the stage for Ralphie’s game-day runs.

Lowery was the right guy at the right time. An animal lover, he’d brought two horses to CU. And his father was a rancher. The elder Lowery paid $150 for a young female buffalo from Sedgwick County and donated her to CU.

Ralphie made her Folsom debut in fall 1966, according to Lowery and Marturano, who said they ran her on the field at the Oct. 1 Kansas State game. (The spring 1967 yearbook shows a picture, labeled “CU’s new buffalo mascot, Ralph,” of Lowery and crew escorting a buffalo in a stadium.) CU Athletics endorsed the buffalo dashes in 1967, marking the start of the tradition.

On that October day in '66, Lowery’s team loaded Ralphie into a four-horse stock trailer and drove her into Folsom’s north end zone, where the team awaited kickoff. Asked to move, they grabbed Ralphie’s ropes and charged onto the field in cowboy boots — flailing, wild, euphoric.

“The crowd went absolutely nuts,” said Lowery, now of Vernon, Texas. “I said, ‘I think the buffalo is here to stay.’”

The next year Ralphie appeared on national television during the Bluebonnet Bowl. 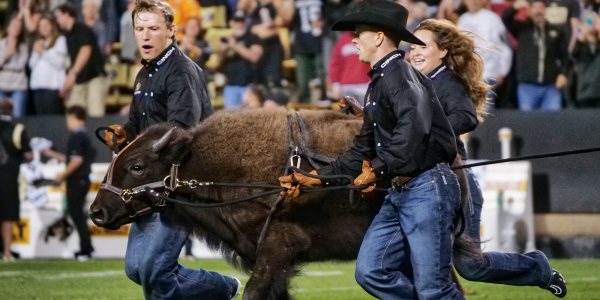 The buffalo was donated by CU Boulder alumni. END_OF_DOCUMENT_TOKEN_TO_BE_REPLACED 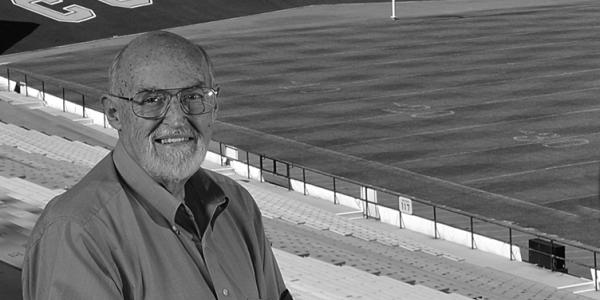 Fourth-generation CU alum Alan Cass grew up on campus playing in the ditches and fishing for crawdads in Varsity Lake with strung bacon. END_OF_DOCUMENT_TOKEN_TO_BE_REPLACED 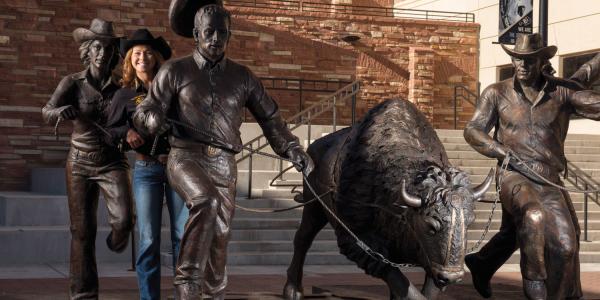 Rachel Edson, a 21-year-old senior from Boulder, is one of two women on the 16-member Ralphie Handlers team. END_OF_DOCUMENT_TOKEN_TO_BE_REPLACED