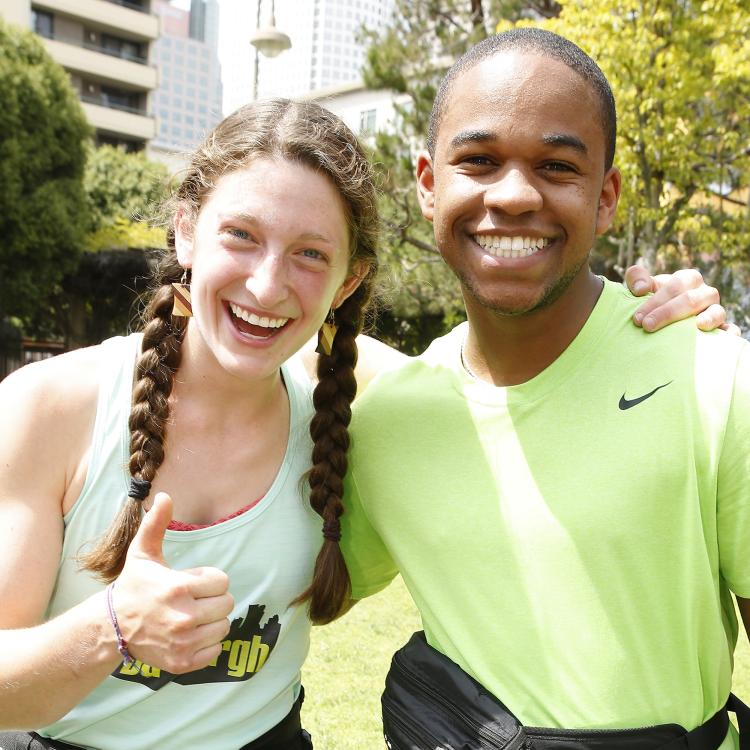 The Amazing Race’s 29th season debuted Thursday with not just one Buff, but two — on the same team.

Within minutes of the start of the show on March 30, Becca Droz (Anth ex’12), a Boulder rock-climbing instructor who attended CU from 2008-2010, chose CU senior Floyd Pierce (ApMath, Econ’17) as her teammate after placing high in the race’s inaugural team-selection challenge. It was the first time in show history teams were chosen after the start of the race.

“When I was first picked by Becca, I was both relieved yet slightly nervous,” said Pierce after the broadcast. “Becca and I had smiled at each other before then, so I knew it could work, but she was very hard to read and I had no idea what her skills were.”

The two realized their CU connection while in the car on the way to the Los Angeles airport from the show’s starting point in the city.

The Amazing Race follows 11 teams of two on a race around the world for a $1 million prize. Along the way, teams decipher clues and complete physical challenges as they try to avoid elimination at designated checkpoints.

Pierce, the youngest competitor at 21, and Droz quickly embraced their name, #TeamFun. While other teams argued and showed distress early on, the duo were filmed beatboxing and laughing — even while navigating heavy traffic in their first international destination, Panama City, Panama. 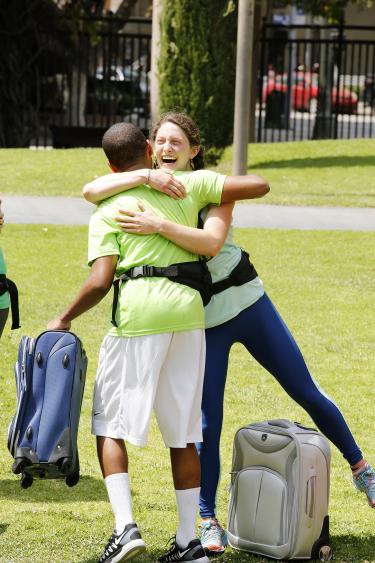 “Watching myself on TV was scary at first, but as I watched I could see that I was being myself,” said Pierce, who viewed the show live with Droz and about 150 of their family members and friends at Boulder’s Rayback Collective, a beer garden and food truck park off Valmont Road. “That's all I wanted, and if people hate that, I honestly don't care!”

For Pierce, now 22, it’s a relief to finally see the show, which was filmed last June, months after he was selected. He hasn’t been able to talk about any details, or his teammate, since then.

“I’ve been waiting for this moment for over a year,” he said shortly before the first episode aired.

As the public watched the beginning of their global race, the pair opened an exciting surprise buried in their luggage: An “Express Pass,” which they can use to skip a challenge later in the race.

“Literally one of the most exciting moments of my life,” Pierce said. “This season the Express Pass had to be used by leg 5. Having it is huge because it will let us pull ahead of other teams.”

Out of the 11 competing teams, Pierce and Droz stayed in the top three throughout the entire first leg of the race, which brought them to the Panama Canal and to a rainforest for their first team challenge. 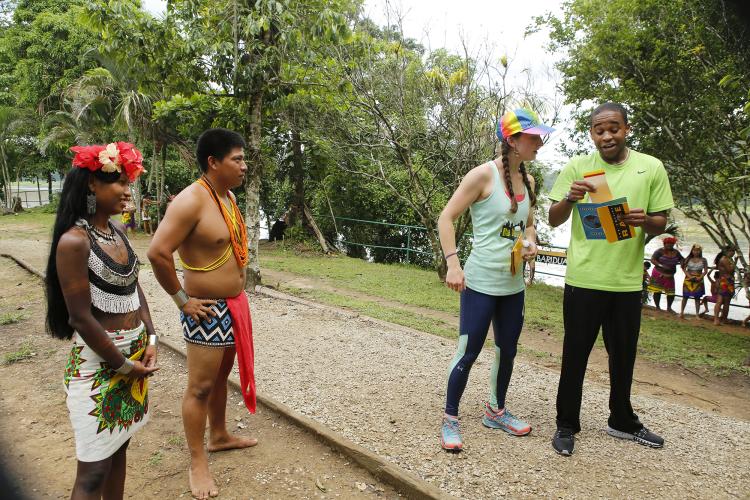 After Droz successfully completed a difficult archery task that took more than an hour, the duo sprinted to the show’s first checkpoint and learned they were in second place — safe from elimination. In all, Pierce estimates the Panama leg of the race took them about four hours total. The last team to arrive was eliminated later in the day.

“The fun meter is at maximum fun,” said Droz at the checkpoint, pointing to a pin on her shirt.

The excitement lives on, nearly a year later. After the showed aired, Pierce tweeted: “Best night of my life.”

See what happens next to Pierce and Droz Thursday, April 6 at 9 p.m MST on CBS.