Before Brittney Washington (Engl’18) applies to law school, the English major wants to learn something more about galaxies far, far away. So she recently added a second minor, after classics — CU Boulder’s new space minor.

“The second I saw it, I immediately signed up,” said the junior from Aurora, Colo., who was raised with a telescope in the house and has a sister majoring in astrophysics.

CU’s space-related exploits and those of its alumni — including nearly 20 astronauts — are legion. The new minor is intended to make space studies available to all undergraduates, whether they major in art, French, business, aerospace engineering or something else. There are no prerequisites.

“The space minor is for any undergraduate student on campus who wants to further explore their interest in space and how it could lead to a great career after graduation,” said Steve Nerem, a satellite expert in the College of Engineering & Applied Science who is the program’s inaugural director.

Astronomy and engineering majors are welcome to enroll, too, he said, and could get a lot out of it: Other than a required overview course, “Pathway to Space,” all courses are electives, including many in the humanities, arts and social sciences — science fiction writing, the history of space explorationand some film and music courses,  for instance.

The new minor is an outgrowth of CU’s university-wide grand challenge, “Our Space. Our Future,” a broad portfolio of ambitious Earth science and space-related projects. There are no plans to start a space major, Nerem said.

Washington has already identified a career the new minor might help prepare her for: space law.

Last spring she and her sister, Taylor Washington (Astro’17), attended a campus talk by an expert in the field.

Whatever career she chooses, she’s excited about space.

“There’s so much stuff up there, and mystery,” she said. “And it looks so beautiful.” 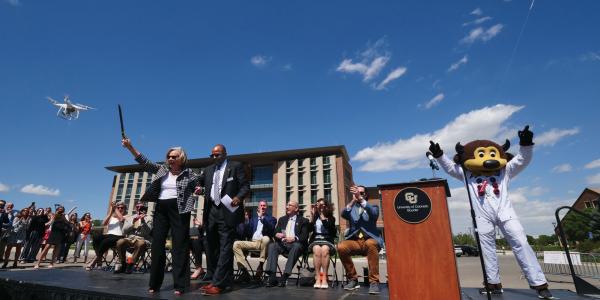 The Ann and H.J. Smead Department of Aerospace Engineering Sciences includes a bioastronautics lab, a payload operations center with a real-time communications link to the International Space Station and an indoor drone testing space. END_OF_DOCUMENT_TOKEN_TO_BE_REPLACED 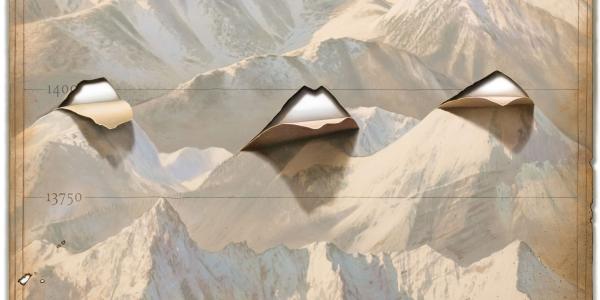 A new way of measuring elevation in the U.S. will yield the most accurate results yet — but might cost Colorado a couple 14ers. END_OF_DOCUMENT_TOKEN_TO_BE_REPLACED