Lauren Glendenning’s (Jour’05) office is four blocks from one of the most famous ski resorts in America. She takes full advantage.

At least three times a week during ski season, she catches the lift around 8:45 a.m., snowboards several runs on Aspen Mountain, then starts her workday by 10.

Her morning routine is a perk she enjoys as a resident of Aspen, the 3.66-square-mile Rocky Mountain ski town known worldwide as a playground of the rich and famous.

Glendenning is editor-in-chief of the Aspen Times, a daily print newspaper for Aspen and surrounding Snowmass Village. Her work covers an eclectic mix of stories appealing to an audience of tourists and permanent and seasonal residents. Depending on the time of year, the print edition has a circulation of 12,000-15,000.

“There’s a lot more happening here than bros on a mountain,” said Glendenning, 35, who came to the Times in 2014 after managing other editorial projects for Colorado Mountain News Media, which owns the paper. “It’s a fascinating place to work.”

During the summer and winter high seasons, the city’s yearly population jumps from less than 7,000 to about 27,000. The stories range in subject from finding the best mountain biking to wildfires to crime.

Much of Aspen’s buzz comes from its reputation as a draw for celebrities, but also from major annual events such as the Winter X Games sports competition, the Aspen Security Forum, the Aspen Music Festival and the Food & Wine Classic, which draws some of the food industry’s biggest names.

In July, Joe Biden and Newt Gingrich both spoke at the Aspen Ideas Festival, and in August Donald Trump made a campaign stop and Hillary Clinton attended a fundraiser in the area.

Despite the steady influx of celebrities — Glendenning has spotted Caitlyn Jenner, Goldie Hawn, Kate Hudson and Elle Macpherson, among others — the newspaper does not play paparazzo.

“People don’t ‘ooh’ and ‘ahh’ over celebrities here,” Glendenning said. “These people come here to relax and chill out.” Like other newspapers, the Times faces its share of hurdles, including modest staffing levels and the pressure to stay fresh in the digital world.

“She is the type of journalist who sees a way to tell a better story and makes that happen, even if it means writing code at 2 a.m. to get an integrated map to work correctly, which actually happened when she was tracking bear sightings in town,” said Samantha Johnston, the paper’s publisher.

Fortunately for the Times, print still thrives in Aspen, which is also home to a rival daily paper, the Aspen Daily News, a rare circumstance in big cities today, never mind a small mountain town.

“Walk into any coffee shop in town and you’ll see every local with both papers in front of them,” said Glendenning. “It’s how people start their days here.”

For Tracy Wahl (Comm’90), keeping up with changes in digital media is more than a pastime. It’s part of her job. END_OF_DOCUMENT_TOKEN_TO_BE_REPLACED

When he was a child Luke Graham dreamed of being a center fielder for the New York Yankees. By the time he turned 13, he realized his dream wasn’t realistic and searched for other sports-related careers. END_OF_DOCUMENT_TOKEN_TO_BE_REPLACED 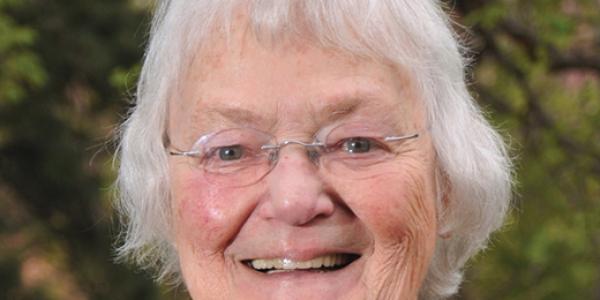 A tribute to Joanne Easely Arnold, a longtime CU-Boulder faculty member and activist for gay and lesbian rights. END_OF_DOCUMENT_TOKEN_TO_BE_REPLACED