Joe Biden was smiling as he took the stage at CU-Boulder April 8, but he'd come to deliver a solemn message bluntly

“No mean's no,” the vice president blared at a Rec Center crowd estimated at 1,500, “whether it’s in the classroom, parking lot, or whether you’re already in bed with him and you change your mind. No means no!”

It was Biden’s third and final college visit of the week, part of the White  House’s “It’s On Us” campaign to prevent sexual violence at colleges and universities.

Nationwide, about one in four women between the ages of 14 and 24 are sexually assaulted or raped, Biden said, a rate that’s held steady for decades. CU has been intensifying its efforts to combat sexual misconduct.

In his remarks — discursive, at times theatrical, at times poignant — Biden reflected on his advocacy for victims of domestic abuse and sexual assault, telling stories of victims he’d known, sometimes in jarringly graphic terms that left the gymnasium in a stunned hush.

The “It’s On Us” campaign’s core message is that everyone, including men and bystanders, must help prevent sexual assault, a point emphasized by a series of speakers preceding Biden.

Among them was Ralphie handler Max Demby (Acct’16), who disrupted an assault in progress on campus last spring. The perpetrator was caught, charged and convicted. The victim, Demby said, “has continued to lead a normal and happy life.”

“I want to stress that the effort to stop sexual assault starts with us,” he said. Biden later called Demby back to the lectern.

“I’m glad I got to meet Max,” he said, wrapping an arm around the student’s shoulders and noting that Biden’s own son, Beau, who died of cancer last year, had done the same thing as a University of Pennsylvania student.

“Look in the mirror and ask, are you being the man you think you are?” Biden said. If you can’t intervene, call for help, he said. If you learn about the assault later, believe and support the victim.

“That’s the character test you’re going to have to pass,” he said.

Afterward, Biden posed for a long series of selfies with enthusiastic cellphone wielding students, often holding the  camera himself.

Read a longer version of this story.

A novel antioxidant may help us turn back the clock as our arteries age, says CU-Boulder doctoral student Rachel Gioscia-Ryan. END_OF_DOCUMENT_TOKEN_TO_BE_REPLACED 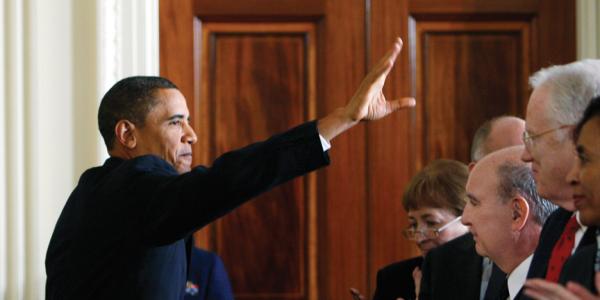 Chancellor DiStefano was front and center on Jan. 6 at the White House when leaders of four research universities presented a letter to President Barack Obama pledging to address the national shortage of science and mathematics teachers. END_OF_DOCUMENT_TOKEN_TO_BE_REPLACED