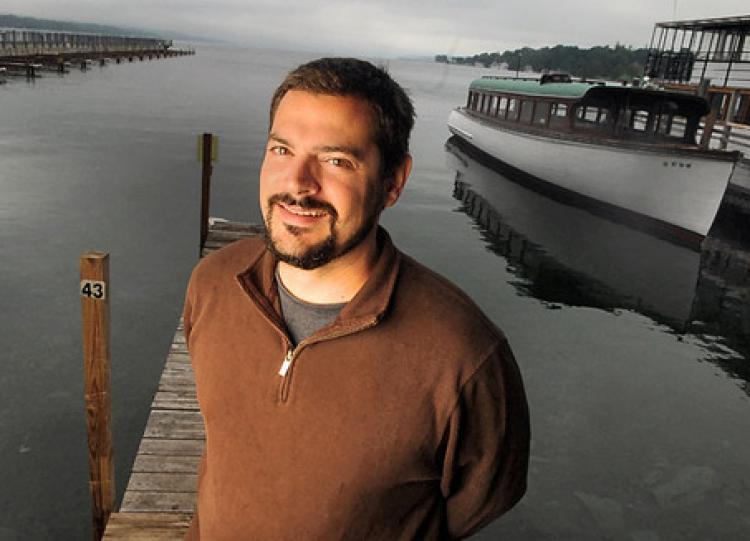 Carter Pann was lounging in a Miami pool when word first came. It was a Tuesday and the CU music professor had a three-hour window before an evening performance with the Frost Wind Ensemble at the University of Miami.

A little after 3 p.m., Pann grabbed his phone from the pool ledge. A text from a former student congratulated him on his big achievement: Pann, a composer and pianist, was one of two finalists for the 2016 Pulitzer Prize in music.

“I knew the Pulitzer was going to be announced that day,” he said, “but I didn’t give it too much thought because I had submitted a saxophone piece.”

Usually, Pann explained, the Pulitzer committee gave the award to a larger-scale orchestra, opera or jazz work. His submission of a six-movement saxophone work, “The Mechanics: Six from the Shop Floor,” was his third submission in five years, and he wasn’t expecting much. Suddenly he was a finalist.

“This is a nice vote of confidence,” he said. “That word changes a composer’s profile.”

After the first text message, Pann received about 100 more texts, tweets and emails.

“There’s not a lot of saxophone music out there,” says Pann’s longtime friend Blake Howald, technology portfolio manager in Thomson Reuters and large follower of modern music. “[Pann’s] music is fast-moving, it’s snappy, it hits you and it’s fun. It never becomes gimmicky.”

“The Mechanics” was first performed and recorded by the Capitol Quartet during their 2013-14 performance season, which was itself a thrill for Pann, who had followed the all-saxophone group for several years. In the spring of 2012, he approached them after a performance in CU’s Grusin Music Hall.

“I basically tackled them,” he said. “I told them, ‘I just want to write for you guys.’”

In May 2013, Pann flew to New Hampshire for a stay at the MacDowell Colony, a forested haven for writers and composers, to compose a piece for the group. 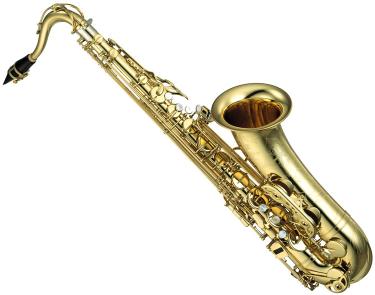 In his tiny secluded cabin, Pann rearranged the furniture so the piano was directly next to a large table with his computer and notepad on it. For 29 days, he swiveled from piano to table, obsessively playing and writing his composition. His only break during the day was lunch delivered in a picnic basket on his porch.

“This piece was started and finished there,” he said. “I just hit it hard.”

His admiration for Capitol Quartet fueled his work. While composing, Pann pictured the foursome dressed as old-time auto mechanics smudged in grease and performing in his brother’s auto shop.

“It’s as if you’re writing a play for a troop of incredible actors,” he said. “I wrote up to these four virtuosos because I knew they could do it.”

Pann started writing music at 16, learning from a composer in his home city of Chicago after his weekly piano lesson. As an undergraduate he studied composition and piano performance at the University of Rochester’s Eastman School of Music, then earned his master’s and doctorate degrees from the University of Michigan Ann Arbor.

Throughout college, he composed music for TV commercials and served as a music copyist for one of his mentors, pianist and composer William Bolcom, winner of the 1988 Pulitzer in music. Pann joined the faculty at CU-Boulder in 2005, after writing classical music and doing more pieces for commercials in Steamboat Springs for two years.

Today he teaches private composition lessons to six students and one course a semester. His favorite class to teach is a Bach counterpoint class. In the spring semester, he taught five graduate students advanced orchestration in his CU music college office, which contains a tiny table, an old couch and his favorite composing tool: a grand piano.

“It’s hard for me to work functionally without a piano,” he said. “It’s become my ball and chain.”

Since the Pulitzer announcement, his CU colleagues have treated him as if he’d won the actual prize, he said.

“There are very few awards in classical music that garner as much respect and recognition as the Pulitzer Prize,” said Robert Shay, dean of the College of Music. “I’m not surprised that Carter’s highly imaginative and energetic ‘The Mechanics’ rose to the top of the selection committee’s list. He has a real gift of drawing listeners in.” 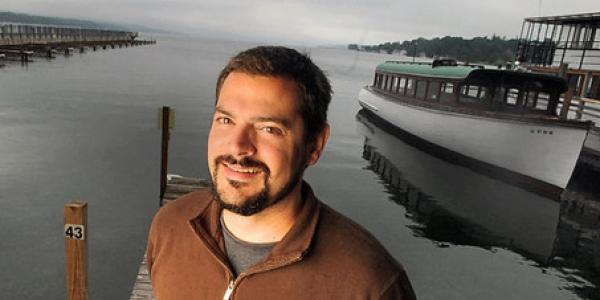 Glenn Miller attended CU-Boulder for three semesters in the 1920s before earning fame as an entertainer in the 1940s. END_OF_DOCUMENT_TOKEN_TO_BE_REPLACED