Explore CMCI research and creative work with #TunedIn, curated for your reading and viewing pleasure. Dive in!

Adam McKay's new movie uses science fiction and comedy to explore elements of our current society—but it's not alone. Could we be in a new golden age of sci-fi entertainment? CU Boulder Today spoke with CMCI's Rick Stevens to find out.

CMCI alumnus shares the story of Dearfield, one of Colorado’s first Black settlements

Pulitzer Prize winner and Marketplace General Manager Neal Scarbrough (Jour'84) shares the history of Dearfield, a thriving Black settlement in Colorado in the early 1900s. As Scarbrough says, it’s a story of, “Yes, we can.” Watch via:

After graduating from CU Boulder, Spencer Wood (StratComm’21) didn’t head straight into a full-time job. Instead, he dove into weeks of training on the ski slopes before competing in the 2022 Beijing Winter Paralympics.

How has the Black community navigated racism from Jim Crow to today?

Listen to Shamika Klassen, an information science PhD student, discuss her research on how Black Twitter, a community of predominantly Black users and allies on the social media site, is used as a modern-day Negro Motorist Green Book. Watch via:

In a study published in January, researchers Ellen Simpson and Bryan Semaan, both with the College of Media, Communication and Information, analyzed how LGTBQ people adopted and experienced TikTok. They found that, while the participants enjoyed some aspects of the platform, they never quite felt at home.

Spring semester holds some of the biggest events of the year, like the Student Leadership Summit, the Bateman Competition hosted by the Public Relations Student Society of America and TEDxCU’s 10th Anniversary Event. This spring, CMCI was on the ground for these annual show stoppers, plus career fairs, classroom activities, student group events, capstone presentations, student showcases and more. Explore student life with this selection of photos by CMCI multimedia production editor Kimberly Coffin (CritMed, StratComm’18). 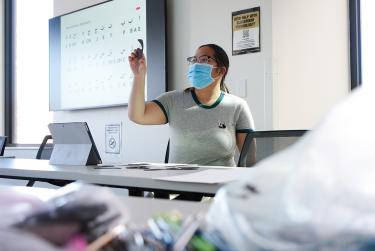 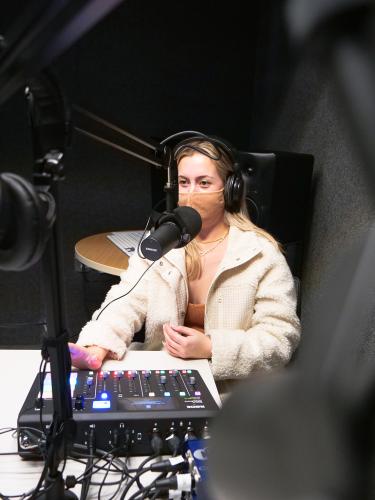 CMCI student ambassador Gracie Ramos tests out equipment in February using one of three podcast booths available to students in the Center for Academic Success & Engagement. 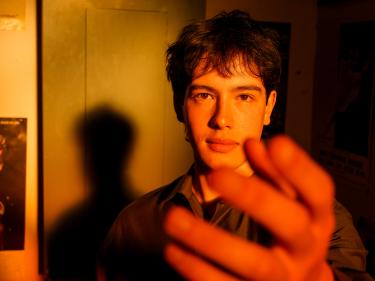 Paul Bontempo, director of programming for TEDxCU, poses for a photo in Old Main minutes before the TEDxCU's 10th Anniversary Event on April 2, 2022. 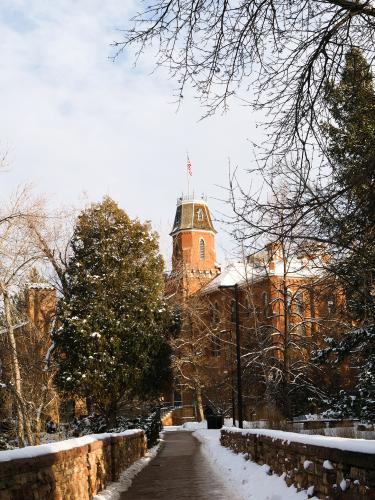 Fresh snow falls in front of Old Main, the oldest building on campus and the location of the University of Colorado’s first journalism classes. In 1922, the university created the Department of Journalism, which is celebrating its centennial anniversary this year.