Through the Lens of the Law

Increasingly in U.S. courtrooms, Exhibit A is video from a bystander’s cell phone or footage from an officer’s body cam.

In case after case––from the murder of George Floyd last May to the beating of Rodney King 30 years earlier––this visual evidence proves crucial to the outcome of the verdict, yet unified standards for admissibility and assessing video and images are nonexistent. 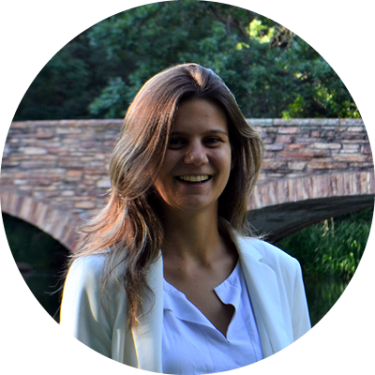 “The underlying pervasive assumption in the U.S. legal system is that visual evidence need not be governed by unified standards because seeing is intuitive—that is, what we see is the truth,” says Sandra Ristovska, an assistant professor of Media Studies who researches how images shape the pursuit of justice.

“This prevalent misconception prevents court systems from incorporating safeguards to ensure rigorous visual interpretation. As a result, justices, judges, attorneys and jurors treat video in highly varied ways that can lead to an unequal and unfair rendering of justice.”

With the award of a $108,000 Mellon/American Council of Learned Societies Scholars and Society Fellowship, Ristovska is undertaking the first rigorous publicly engaged research project to address the intricacies of “seeing” in court.

“Seeing is a complex social practice that places images in systems of social power,” she says. “My project is rooted in Errol Morris’s maxim, ‘Believing is seeing,’ because, unfortunately, what is seen in court can often be determined by beliefs and feelings rather than an understanding of how images work. To ensure that justice is equal and fair to all, the law cannot afford to sideline the intricacies of seeing in court.”

Working in partnership with the American Bar Association’s Scientific Evidence Committee, Ristovska’s project, “Through the Lens of the Law: Interpreting Video Evidence in U.S. Courts in the Digital Age,” will systematically examine the use of video as evidence in state and federal court trials (1990-2020) in criminal, immigration and American Indian law.

In addition to proposing unified standards and applications for treating video as evidence,  the project entails developing an open access database that will include a list of court cases and the videos used as evidence in each case. After the fellowship she will work with graduate students on an interactive exhibit to introduce the public to the results and develop a series of workshops for judges and attorneys in partnership with the American Bar Association (ABA) to discuss the research, current problems and potential solutions.

We caught up with Ristovska to hear about her project and the early experiences that sparked her interest in images and human rights.

If a video presents a clear image of action taking place, why are standards for video evidence needed?
Seeing is shaped by numerous factors. For example, psychology research on attention and perception has long documented numerous biases in how we interpret video evidence. In my classes, I like to show my students the famous invisible gorilla experiment by two Harvard psychologists. Students are asked to count how many times the players in the video pass a ball. About half of the students are so focused on the task that they fail to notice a gorilla that appears in the video. This is indeed consistent with the study that illustrates how selective attention works.

Media and communication research is also instructive here because it has demonstrated how race, gender, sexuality, national belonging and political beliefs are some factors that shape the interpretation of images. Not everyone who sees a video has the same interpretation of it. Legal scholars have indeed warned us that the rendering of images as simply transparent or opaque has resulted in much bad law over the years. Both categories assume that we all see the same thing in an image while many widely publicized trials tell us that this assumption does not hold in practice.

What understanding is needed for people to fairly evaluate images in a court setting?
This is the million-dollar question, indeed. There is a growing interdisciplinary area of research that tackles questions about the presentation, perception and use of video as evidence in court. “Through the Lens of the Law” stems from this line of scholarship. It provides and inspires rigorous analysis of the disparate assessment of video by courts and the inconsistent rendering of justice that can consequently ensue. We hope to identify issues and make some proposals for video evidence usage.

You’ve said that this project comes at a critical time. How so?
The circulation of videos documenting state violence against Black, Indigenous and people of color (BIPOC) around the world continues to provoke public discussions about whether and how images shape the pursuit of justice. In the U.S. context, we need to think no further than the trial of former Minneapolis police officer Derek Chauvin accused of the murder of George Floyd. Jurors in this trial saw video footage from cell phones, police body cameras, dashboard cameras, security cameras and even a city surveillance camera. Past experiences have warned us that the unregulated approach to assessing video evidence in court risks replicating, and even justifying, a wider politics of exclusion based on markers of identity and belonging.

A primary tactic by the prosecution in the Derek Chauvin trial was to focus on the video of his encounter with George Floyd as much as possible. Is this a new tactic, and if so, what does it say about the growing importance of video evidence in today's criminal justice system?
What we have seen in the Chauvin trial has a much longer history. Three decades ago, George Holliday shot a video of Los Angeles policemen beating an African American man named Rodney King. This bystander footage was used in what became one of the most well-known cases in the U.S., precipitating a shift in the role of video evidence in court. Throughout the 20th century—from the initial occasional use of film in the 1910s to the steady growth of video in the 1980s—motion picture evidence has typically been produced by professional authorities, like law enforcement agents and attorneys, for the purposes of a specific courtroom trial. Today, such evidence is produced by a range of actors for a variety of legal purposes without any uniformity in usage.

Are there examples of a U.S. court that has established fair standards for evaluating visual evidence?
U.S. courts typically think of images as a form of demonstrative evidence that illustrates what witnesses say in court. However, photography, film and video are not merely illustrations. They have an enormous communicative power of their own.

In 2007, for example, the Supreme Court overturned a lower court’s ruling which had favored a Black driver who was paralyzed after two police cars chased him. Writing for the majority, Justice Antonin Scalia argued that the case was “clear from the videotape.” The eight to one ruling in favor of the police officer relied heavily on an interpretation of the dashcam footage that differed not only from the lower courts, but also from the American public, who did not find the meaning of the video as clear as the justices. Scott v. Harris is just one famous example of how seeing is not intuitive, and how courts use video evidence differently, even within the lifespan of the same case. Thus, it is important to address the tension between legal doctrine and practice in regard to images.

"To ensure that justice is equal and fair to all, the law cannot afford to sideline the intricacies of seeing in court.

Do certain populations have more to lose when video evidence is used in court?
The right to due trial process is constitutionally guaranteed in the U.S. Evidentiary standards are important to ensure a fair trial so that justice is served for the public good. I focus on criminal, immigration and American Indian law because these are some of the areas with underlying civil liberties and human rights implications. “Through the Lens of the Law” argues that without unified guidance to inform how video evidence is assessed under the law in criminal and civil matters, civil liberties and human rights are disproportionately recognized and upheld.

Was there a specific incident that created your interest in visual images and human rights?
I grew up in the former Yugoslavia watching images depicting the horrors and traumas of the 1990s wars that led to the breakup of my state. Activist and bystander footage shot on VHS tapes was circulated extensively on news media during the wars, eventually making its way into international courtrooms in The Hague. These early experiences fueled my research interest in images and human rights.

My first book, Visual Imagery and Human Rights Practice (Palgrave, 2018), is a co-edited volume that maps out how images alter international human rights discourses, presenting different ethical, legal and political challenges and opportunities. My second book, Seeing Human Rights: Video Activism as a Proxy Profession, is a solo-authored monograph with The MIT Press to be released in August. It examines how institutional and legal environments at the international level are changing through their adoption of activist and bystander videos and what this shift suggests about the status of visual evidence and global human rights activism today. In this book, I also look at the use of video evidence at the International Criminal Tribunal for the former Yugoslavia and the International Criminal Court.

What do you hope participating PhD students will gain from this project?
This project will facilitate a greater understanding of how advanced training in media and the law prepares PhDs for a range of careers. Typical collaborations have been limited to rhetoric and visual communication experts with PhDs in communication studies to consult attorneys on how to craft arguments or to assist with the production of clemency, parole and victim-impact videos for court. This project seeks to open a new realm of career pathways that leverage visual analysis and public scholarship into various law and policy domains.

I also plan to incorporate the project insights into my existing graduate course on visual epistemologies and a new course on visual jurisprudence. The Mellon/ACLS award and the partnership with ABA’s SciEvid will enable me and participating graduate students to promote the wide circulation of humanities research and understanding of the questions and methods that animate such scholarship in the legal profession and among the public—direct beneficiaries of this work.

Issue: Spring 2021
Categories:
Return to the top of the page