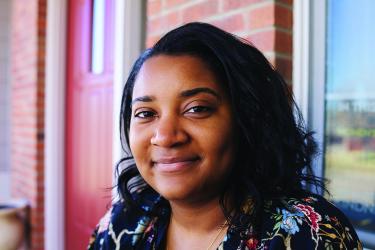 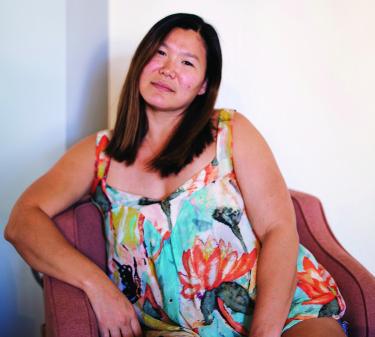 Abby Siegel (CritMedia’19) is compelled to do something that’s usually ill advised in polite culture: Approach strangers to ask about their race and religion.

For her project, The Daughters of Esther, Siegel has profiled 11 women in a documentary photo series named after the Old Testament story of Queen Esther, who saved thousands of Jewish people from execution.

To Siegel, these women demonstrate Esther’s bravery by sharing their identities and struggles. Women like Nylah Burton, the Denver-based writer who first opened Siegel’s eyes to the need for more Jewish women of color to have their stories heard.

“Inclusivity is not equity, and so saying, ‘We accept Jews of color,’ is not the same thing as actually making Jews of color have an equal voice,” Burton told Siegel.

In “A Vital, Vulnerable Conversation With the Leaders of the Women’s March,” which appeared in The Nation, Burton encouraged Jewish women of color to attend the 2019 march amid boycotts.

Siegel—a white Jewish woman—wanted to hear more and, through that curiosity, created The Daughters of Esther project.

“It kind of just made me think more about how Judaism in America is mostly looked at through a white lens, and how we don’t hear those voices of two marginalized groups, which I wanted to bring to light,” Siegel says.

One of Siegel’s interview subjects, Karen Rothstein, was adopted from Seoul, South Korea, by Jewish parents at age 2. Highlighting the tensions that can arise for nonwhite Jewish women in everyday life, Rothstein recalled a Jewish speed-dating event she attended during her early 20s, during which she was questioned by other attendees as to why she was there.

“They felt like I was poaching their men. And (I) said, ‘I’m actually Jewish,’” she told Siegel.

Now working for the postproduction studio 11 Dollar Bill as a client services manager and associate producer, Siegel plans to continue her work on The Daughters of Esther. Her goal is to expand the project internationally and to teach others the lessons she continues to learn.

“There’s not one face to Judaism,” she says. “I hope people listen to their stories because they are important, and they’re a huge part of our Jewish community.”